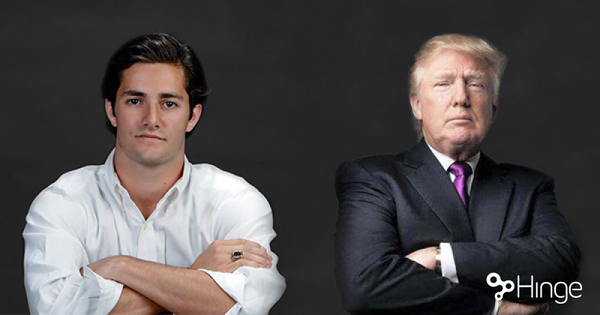 With the presence of Donald Trump almost inescapable in the past few months, one dating app is giving a shout out to another minority group being tarred by Trump – Donalds.

New York-based Hinge has released a list of the 12 Donalds on Hinge that are more dateable than Trump.

Trump, you’re fired. Meet the 12 Donalds of Hinge who are reclaiming their name from the bully billionaire: mosteligible.hinge.co/donalds Tag a Donald who’s more dateable than #Trump 💪🏻

The list of Donalds, which is being promoted on email, Twitter and Facebook, is on the company’s site, and lists the single men, along with their “Dateability Stats” and “Favourite Trumpism”

Some of the chosen quotes include: “All of the women on The Apprentice flirted with me – consciously or unconsciously. That’s to be expected”, “I have never seen a thin person drinking Diet Coke” and “I will build a great, great wall at the Mexican border, and I will make Mexico pay for that wall.”