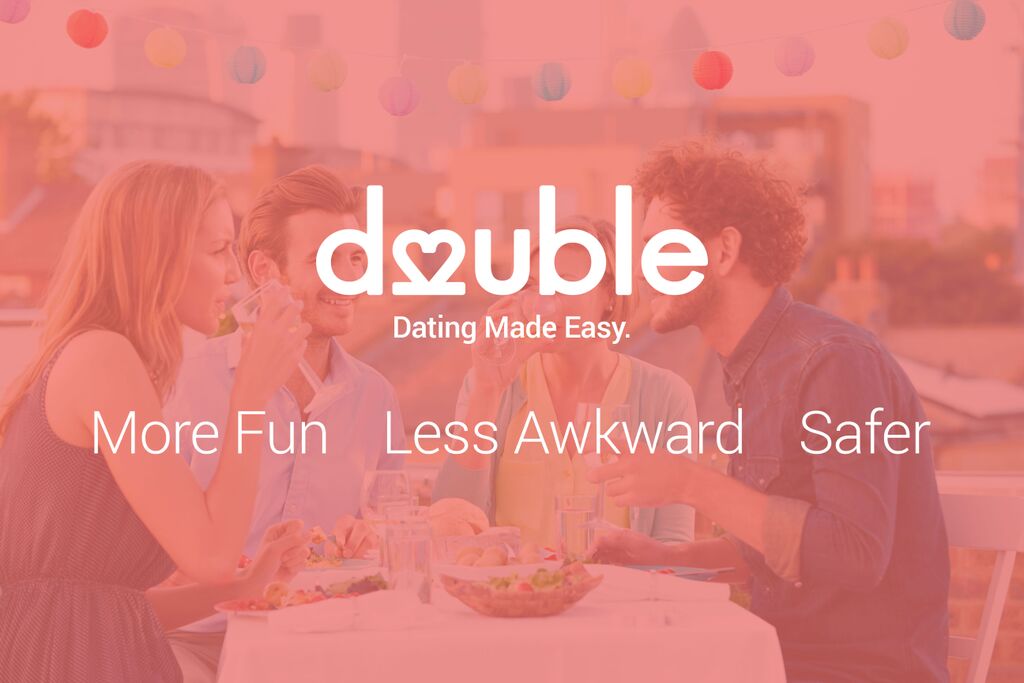 For singles who think of dates as an awkward or scary prospect comes a new dating app looking to change this, by injecting a bit of fun into first dates.

Double is a location-based dating app that wants to create a safer and less awkward dating environment for singles, by setting up double dates for its users.

Launched earlier this year, Double lets you organise group dates with your friends.

Once users have created a profile via Facebook, they invite a friend to be their “Doubler”.

Once in a pair, users can anonymously “like” or “dislike” other pairs who are nearby.

After matching with another pair, users can message each other in a group chat, and arrange the date.

Speaking about Double, co-founder Gary MacDonough said: “The dating world can be a tricky and stressful place, especially the first date. Double enables dating to be more fun, less awkward and most importantly safer.

“Double dates allow people to be more confident and relaxed. Each person has the support of a friend so you can worry less about awkward moments and just be yourself. With Double we’re bringing that experience to mobile location-based dating.” The dating app is already popular in London and Sydney, but its founders have bigger plans for the app, and want to expand its user base into new markets.

In an interview with GDI, co-founder Loren Gould spoke about the element of safety the app brings, saying: “By being to able to bring your friend along, people feel safer and less intimidated about the prospect of meeting a potential date.

“Also, the group chat functionality means that people tend to be more genuine and themselves on the app, and we have significantly fewer instances of users reporting abusive behaviour in the app (almost zero).”

Regarding expansion, Gould said they plan to roll Double out city by city throughout the year, with plans to expand to the US soon.

The app’s latest update included improved sharing functionality and made it easier to create a joint profile with your friend.

Gould said: “We’re hard at work on Double version 2 which will feature a number of user improvements and new features. We’re keeping quiet about it now, but watch this space…

“Double’s vision is to create a dating platform with the most face-to-face interactions between users. We don’t want to become the biggest dating app, but we to be the app that has highest conversion from matches to people meeting up in person.”

The app is currently available for iPhone, with an Android version on its way.