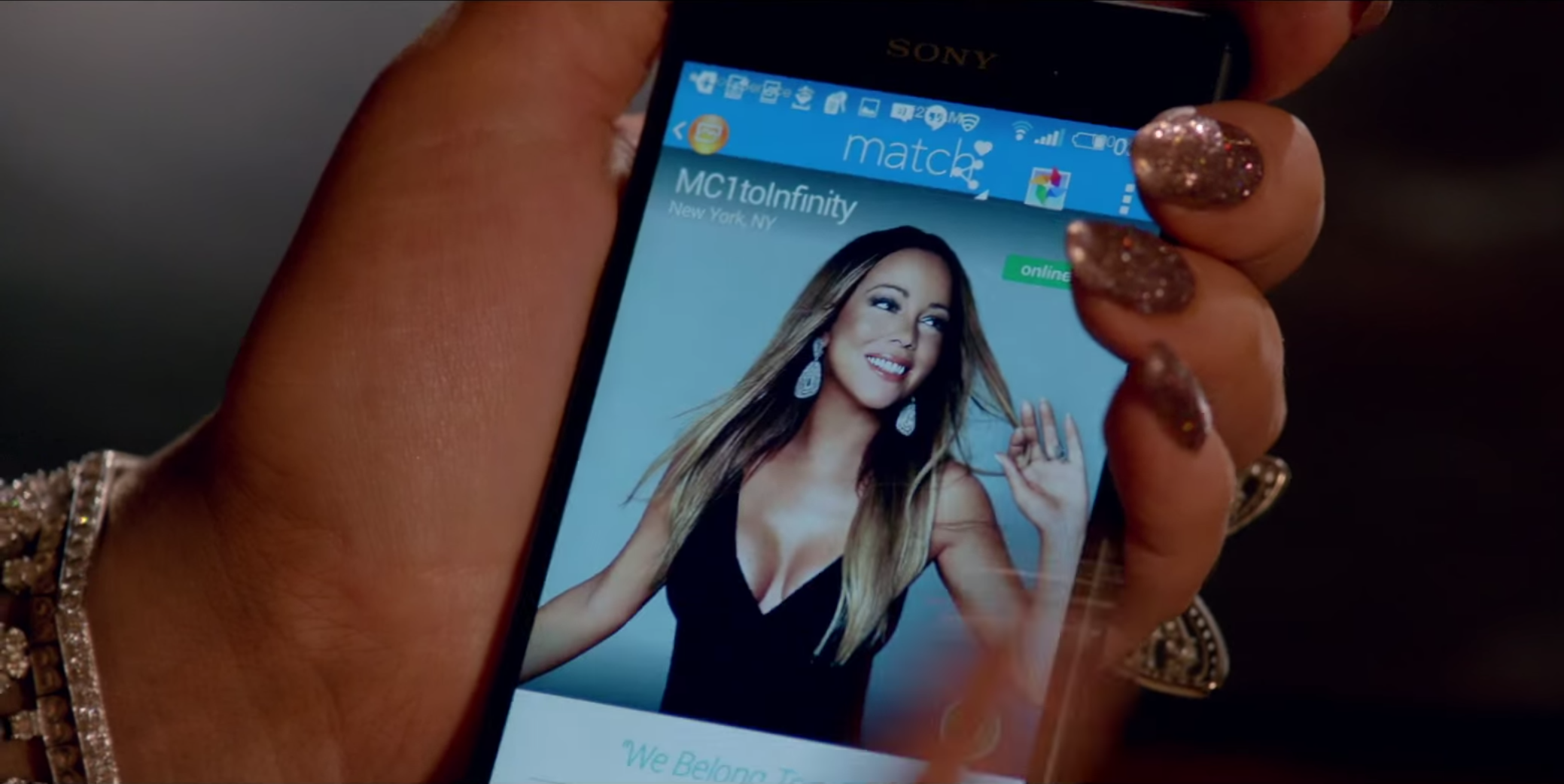 Duff’s new video for Sparks was essentially an advert for Tinder, showing her “Tinder story” from the past weeks — from checking the app out with friends, to making her profile, and going on a date.

This was after Duff’s Tinder profile appeared online, and the singer admitted that she was using the dating app following her divorce.

And now Mariah Carey has taken the same route – in her latest video she is shown searching for a mate on the Match.com mobile app.

Her potential matches in the video for Infinity include Tyson Beckford and star of Empire, Jussie Smollett.

And Carey has even created her own Match profile under the username MC1toInfinity, that is on the IAC-owned dating site.

On the profile, she says her interests include cooking, movies, concerts and religion.

In a statement, the 45-year-old said: “I hope every woman who is single and listens to this song goes out and finds her infinity, whether on Match or the traditional way.”

Infinity is her latest single, taken from her greatest hits album #1 to Infinity.