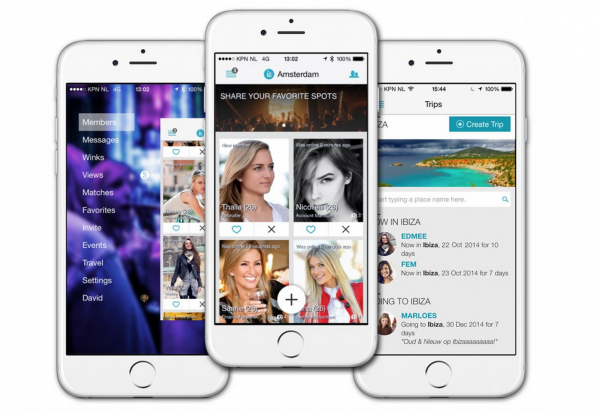 An exclusive dating site has decided to ban female applicants for one month, in an effort to improve the app’s male to female user ratio.

The Inner Circle, an online dating platform for the world’s most elite singles, has revealed its London user base has the largest gender gap compared to other large cities.

Unlike Amsterdam, Barcelona and Paris, just 37% of its 18,000 London members are male, against its 63% of female members.

The month-long ban began on 2nd September, and will end 1st October 2015.

The company hope that this controversial decision will successfully close the gender gap in its London user base, giving male users a chance to join the exclusive dating community.

CEO of The Inner Circle, David Vermeulen, who we profiled last year, said: “We feel this peculiar imbalance has occurred because of our strict curation. The Inner Circle plays host to males who are professional, young and successful which explains the soaring female user figure. I never expected that London would follow NYC.”

The global waiting list for the app currently stands at 90,000, with 25,000 of hopeful applicants on the waiting list in the United Kingdom.

Last month, The Inner Circle hosted its first annual Summer Polo Cup event in London, where 400 of its members attended a day of polo matches, music and an after-party in a Mayfair cocktail bar.

The exclusive dating platform is host to 70,000 members internationally, with networks in Amsterdam, Barcelona, London, Milan, Paris and Stockholm.

It is available to download on iPhone, Apple Watch and Android devices.