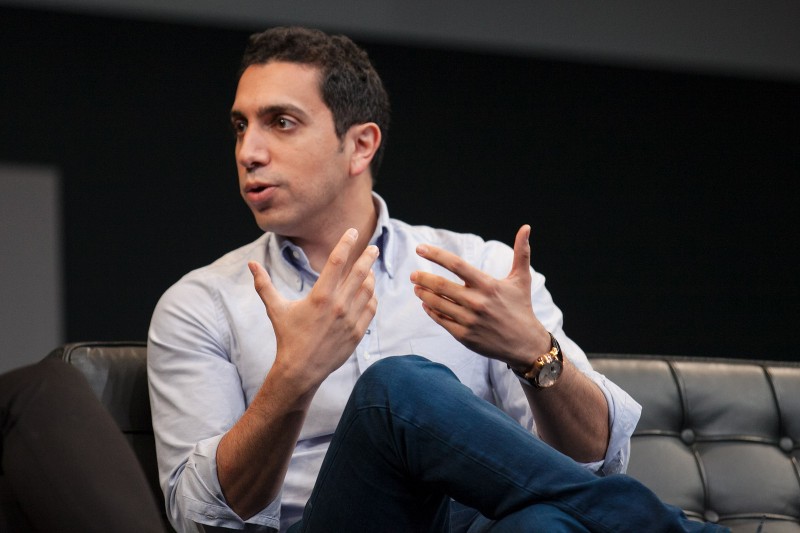 Sean Rad is no longer the CEO of Tinder, after being ousted by the app’s powers that be – IAC.

In an exclusive story on Forbes, Steven Bertoni, who interviewed Rad a few weeks ago at Forbes’ Under 30 Summit, has revealed the decision.

Rad will remain as founder, act as president and have a seat on the board, but is not the company’s CEO.

The search for a new Tinder CEO has now begun.

Rad was told the news before he was interviewed on stage by Bertoni in Philadelphia.

He was phoned by Yagan, who apparently told him he would no longer lead the company, but wasn’t fired, and should maybe focus more on the product.

Rad said: “The board thought the best path was to bring in a CEO, thinking if we opened up the role it would attract better talent. I strongly disagreed.”

A catalyst seems to be the unsavoury sexual harassment scandal at the company, which saw CMO Justin Mateen lose his job.

And over the past year, IAC and Sam Yagan have been slowly stepping out from behind the curtain with regards to their involvement in Tinder.

Their hand in the app was always something Rad, and presumably IAC, wanted to mask in the early days – wanting Tinder to reach critical mass by utilising its LA riff on a Social Network-style college marketing story.

But now that their massive growth has been achieved, and the IAC board and investors want to start seeing serious revenue, it seems they have decided Rad’s leadership is hindering rather than benefitting its growth and future.

Rad told Forbes that after Tinder was launched out of Hatch Labs, they worked out a deal where IAC owned 60%, Rad owned 10%, founders Mateen and Badeen less, and the other stock spread around.

Yagan said: “We recruited Sean because he is a great product person, and while here working for us he came up with Tinder. We’ve given him the resources to pursue it. He created a ton of value for us, and he’s going to make a ton of money.”

After hearing the news, Rad considered leaving the company, but has decided to stay on.

With regards to the search for a new CEO, Rad told Forbes: “We’re looking for an Eric Schmidt-like person. There is no CEO coming in the door that I don’t get along with–that would be corporate suicide.”