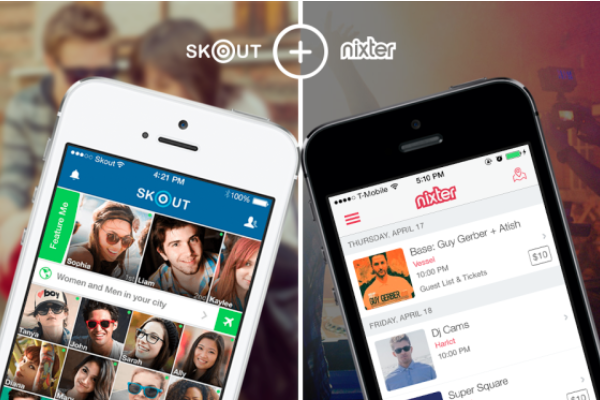 Nixter is an app that lets users find, book and RSVP to club nights in their city.

The platform will be integrated with Skout so users of the social network can view and organise nights out with fellow users.

Skout CEO Christian Wiklund told TechCrunch: “This will be a huge value-add service to our users. I also think it’s highly monetizable and it will build even stronger loyalty from our users.”

Nixter is a small startup from Santiago, Chile, founded in 2008 by two sets of brothers, who worked as nightclub promoters.

Users of the app – which will continue as a separate app, while also being integrated with Skout – simply swipe right or left on events to book tickets or RSVP.

This will enable Skout to charge for booked tickets, and also open the possibility for location-based advertising.

Skout was founded in 2007, and has raised $22m from investors including Andreessen Horowitz.

Wiklund revealed that they have just started being profitable in the past six months, and said they add 1.5m users each month.

The app monetises through in-app purchases such as virtual gifts and paying to promote – and see who has visited – your profile.

They announced the acquisition in an interview with VentureBeat, read it here.