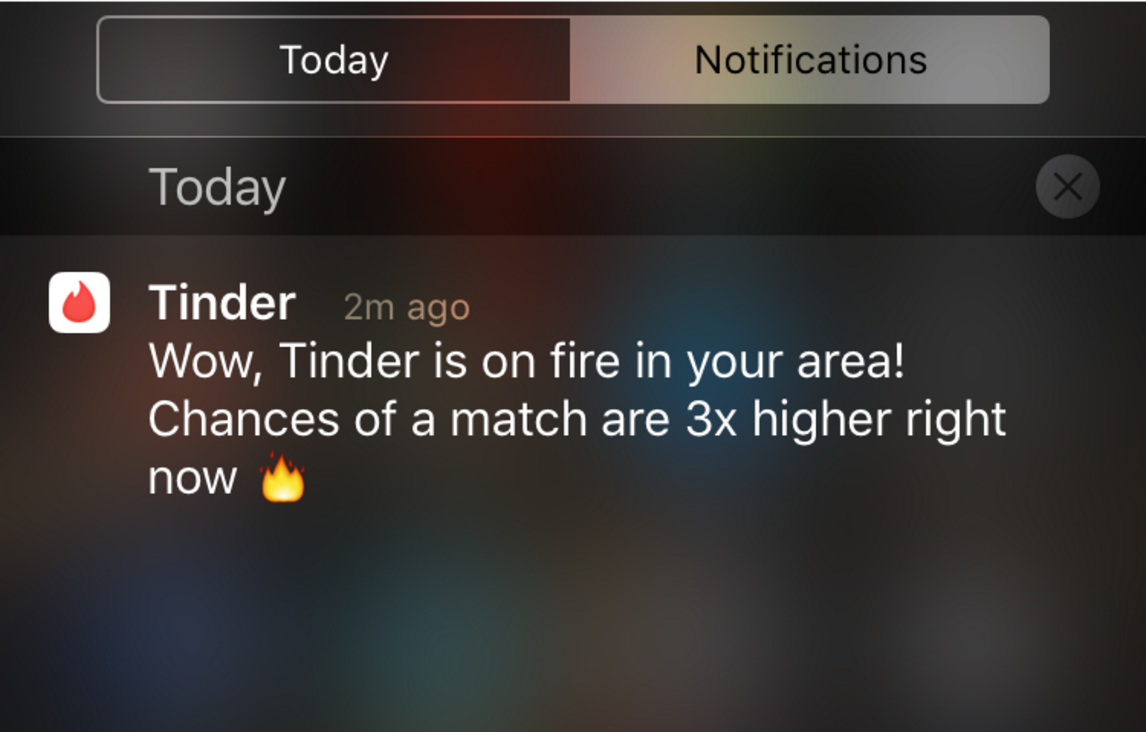 Popular dating app Tinder kicked off the new year by celebrating its biggest day of growth since its launch four years ago.

On 3rd January, the app had its most successful day ever, recording the most downloads in a single day, and its highest ever increase of active users.

And to help singles make the most of its growth, Tinder sent its users a push notification to let them know that the chances of finding a match in their area had increased.

The original notification sent to some users of Tinder read: “Wow! Tinder is on fire in your area! Chances of a match are 3x higher right now.”

In an effort to generate more matches for its users, Tinder said it will now start to alert users when the match rate – the number of swipes it takes to get to a match – goes up in their geographic location.

In an interview with TechCrunch, Tinder CEO Sean Rad spoke about the new notifications, saying: “When there is a spike in engagement on the platform, we want to let users know so that they can take advantage of that moment.

“The most fascinating thing about this type of notification is that, by notifying users when those peak moments are happening, it increases the overall success rate for our users.

“It has a compounding effect and produces even more activity.”

Although this experiment with notifications brings a new level of engagement between Tinder and its users, Rad said it will stick to its strategy of only sending singles information they can act upon, to prevent bombarding its users with constant, unhelpful updates.