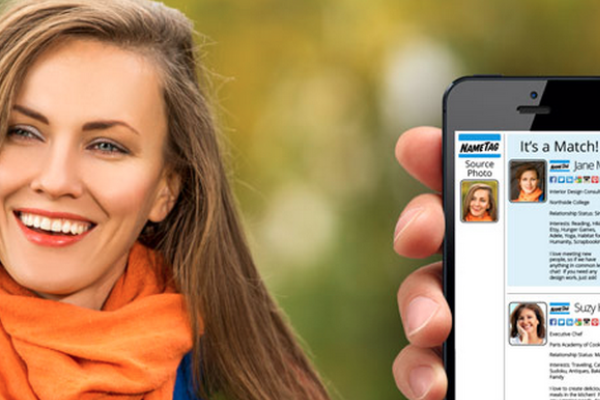 US Senator Al Franken has expressed “deep concern” over facial recognition app NameTag, that can identify strangers with a single glance.

NameTag was developed for Google Glass and can scan someone’s face, search it through millions of records and bring up a name, photos and social media profiles.

The app’s creators, FacialNetwork.com, also say it could scan through dating sites to find someone’s profile, and even check them against the National Sex Offender Registry and criminal database.

Senator Franken, who is Chairman of the Senate Judiciary Subcommittee on Privacy, Technology and the Law, said in a letter to Kevin Tussy, the app’s creator:

“NameTag lets strangers get a broad range of personal information – including a person’s name, photos, and dating website profiles – simply by looking at that person’s face with the Glass camera.

“This is apparently done without that person’s knowledge or consent, which crosses a bright line for privacy and personal safety.

“I urge you to delay this app’s launch until best practices for facial recognition technology are established – a process that I’ve long called for and which begins tomorrow in Washington.”

This refers to the National Telecommunications and Information Administration, who are looking at privacy concerns surrounding facial recognition, and will produce legal framework around the technology.

Google have already decided not to make facial recognition apps available for Google Glass, but NameTag would be downloadable for jailbroken devices.

The Minnesota Senator admits no law prevents the technology, but asks the app’s creators to consider their “vital role” as an early adopter of it.

He wants the app to change to opt-in, rather than the proposed opt-out.

NameTag’s creator, Kevin Tussy, said in promotional material that he “believes that this will make online dating and offline social interactions much safer and give us a far better understanding of the people around us.”

Franken disagrees, urging the app to consider the implications of “bad actors” using the technology:

“I am especially concerned that NameTag plans to scan dating websites such as Match and OkCupid.

“It is easy to envision how this technology could facilitate harassment, stalking, and other threats to personal safety. You company has an obligation to protect users from these threats.”

Watch how the app works below, and read Senator Franken’s letter here.