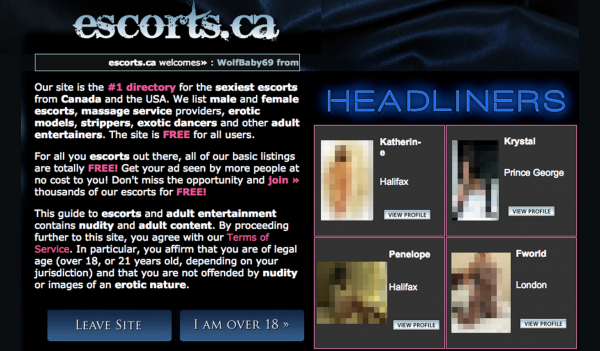 A investigation by The Daily Dot into the hacked data has revealed that Avid Life Media (ALM) was operating online service Escorts.ca, as well as recruiting escorts for another “sugar daddy” website.

The information within the report was obtained through leaked ALM documents, made available during the recent breach of the company’s database, which exposed the personal information of 33m Ashley Madison users, as well as thousands of ALM executive emails.

The Daily Dot explains that Escorts.ca was leased by ALM through shell company Pernimus Limited in 2013, and was put under a “10-year lease for use by Ashley Madison.”

An internal company memo listed Pernimus Limited as one of the Toronto-based company’s “legal entities”, and a leaked contract revealed it had leased the domain from Steeltown Marketing Inc. in Feb 2013.

In terms of profit, ALM was set to receive 65%, with the website’s “landlord” receiving the remaining 35% plus a minimum payout of $800 a month two years after the contract date, according to a leaked word document.

The site was promptly disabled last Tuesday evening, but the news site found that a version of the site from Aug 2015 was still available to view through the Wayback Machine.

The report also details ALM’s objective for the site, which did not charge users to browse, was to direct traffic to Ashley Madison.

They also discovered that the owner of Ashley Madison was actively recruiting escorts for a sugar daddy dating site called Arrangement Finders. It uncovered a string of emails exchange between ex-ALM CEO Noel Biderman and Sanjesh Singh in 2012, in which Singh explains the best ways to “profit off sex workers” without breaking the law.

“Along the lines of ‘you look amazing. I’m traveling on business. Are you on AF [Arrangement Finders]? I use that service when I travel for similar encounters. I got back 5 replies.”

According to the report Biderman, who recently resigned from his role as CEO simply replied: “Smart.”

Further emails exchanged between the two revealed that escorts were the primary target audience for Arrangement Finders.

“Escorts are def joining AF. Is there a way to let these slide through the profile approval process?”, Santaro said.

The Daily Dot also uncovered emails that seemed to show how ALM employees took satisfaction from the negative attention they attracted for running sites of this nature.

The report reads: “In an August 2013 email thread between Biderman, Santoro, and four other ALM employees, Koshy notes how Arrangement Finders is prominently featured on the website NeverForSale.com; the site’s name following a dozen or so statistics about human trafficking, including some regarding the prostitution of minors.”

“Who are these guys and why would they spend so much time and resources going after us…haha,” Koshy wrote, to which Santoro replied: “Perhaps we should start targeting cities with the largest human traffic organizations.”