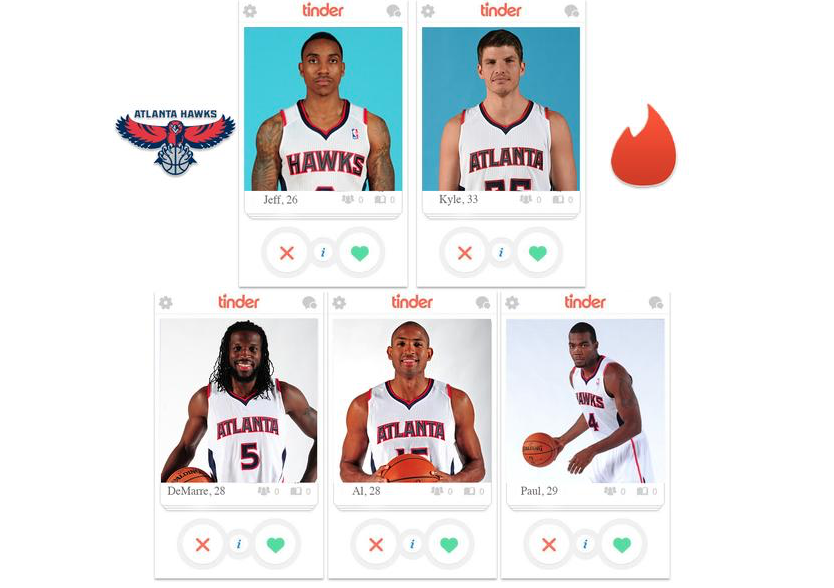 On Tuesday we wrote that NBA team the Atlanta Hawks were teaming up with Tinder for a special themed night.

And more details about the specifics of the event, which took place last night, have emerged.

During the game, the Hawks encouraged users to swipe right on the dating app while watching the game against the Grizzlies – which the Hawks won 96-86.

In the arena, there was designated areas for people who matched on Tinder to meet up – called the Swipe Right Suite.

And prior to the match, and during, the Hawks tweeted about the promotion, generating a lot of internet chatter and press.

Guest Service and Security will be wearing these tonight. Behave. pic.twitter.com/o0XoRSZTTw

Also in attendance were Jezebel’s Most Eligible Atlantans, who Hawks fans could match and mingle with.

Hawks CEO Steve Koonin said: “Hawks games have always been a great place to meet fun and vibrant people and we think ‘Swipe Right Night’ will take that to a whole new level.

“We were pioneers of the in-game ‘Kiss Cam’ and are hopeful that we can assist in making some more love connections at our games.”

In addition to this, radio broadcast partner 92-9 The Game, played a special dating game for fans involving on-air talent.