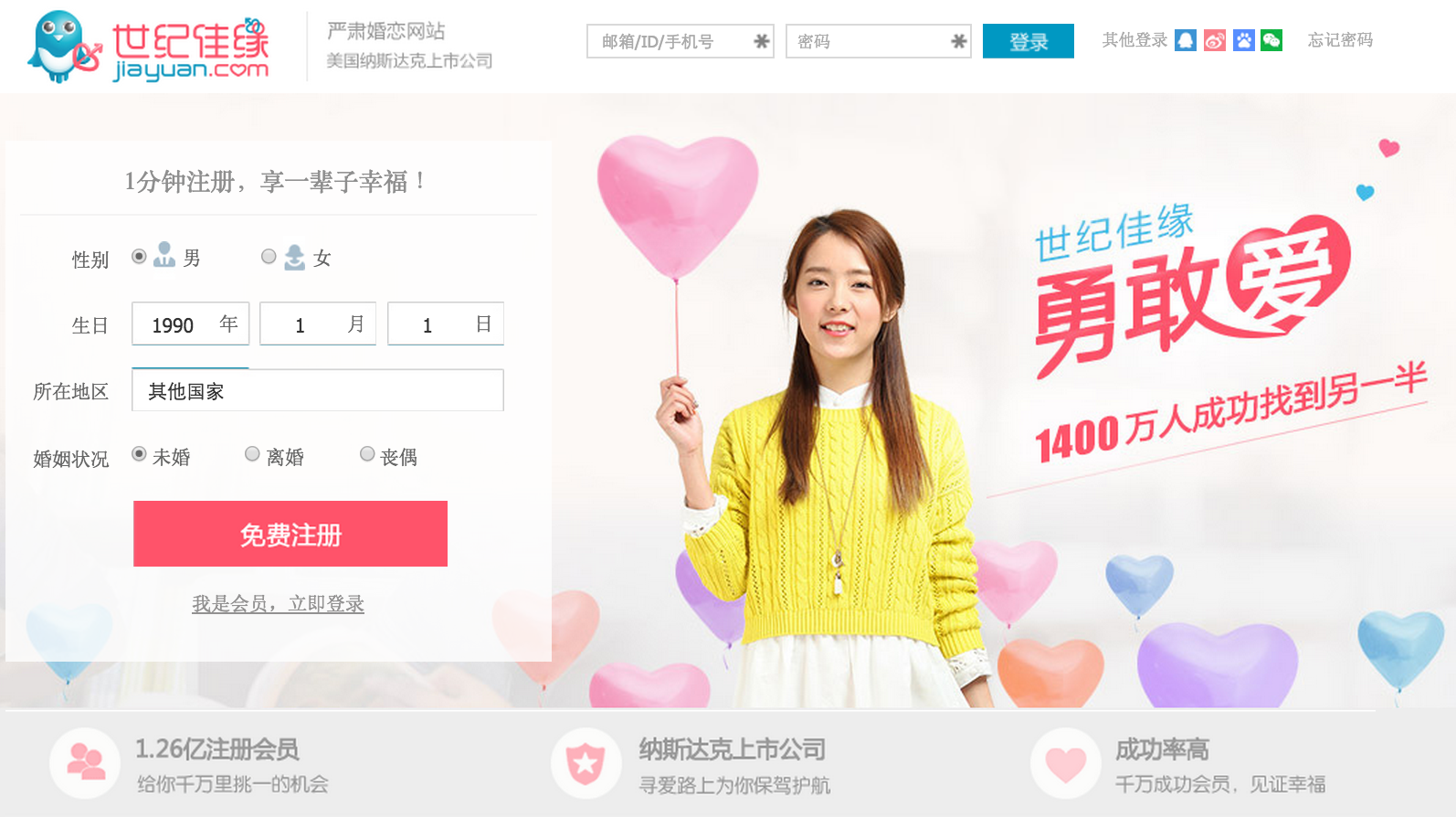 Chinese online dating company Jiayuan, who are still weighing up a buyout offer, have released their first 2015 financial results, as the offer to buy the company is raised.

Jiayuan said this revenue increase was in part due to the rapid expansion of their personalised, premium, matchmaking services.

The CEO of Jiayuan, Linguang Wu, said this part of the business increased by a huge 179% year-over-year.

He said: “The Chinese New Year holiday fell later than usual during the quarter which temporarily affected online user numbers and revenue generation, particularly in online services. The traction of our mobile products remains strong, accounting for 67% of all logins. Qiuai.com in particular is performing well, and is expected to contribute to our bottom line starting next quarter.”

The company’s matchmaking service has offset a total fall in users of Jiayuan.

And today, Jiayuan announced that the company seeking to buyout the remaining shares of the business, Vast Profit, have increased their offer.

This is after Boston-based investment firm Heng Ren said their initial offer “substantially undervalues” the company, and should be raised by 119%.

With this purchase on 2nd March, the company announced that Ms Gong has resigned as director of the company, and will no longer hold the position of co-chairman of the board.