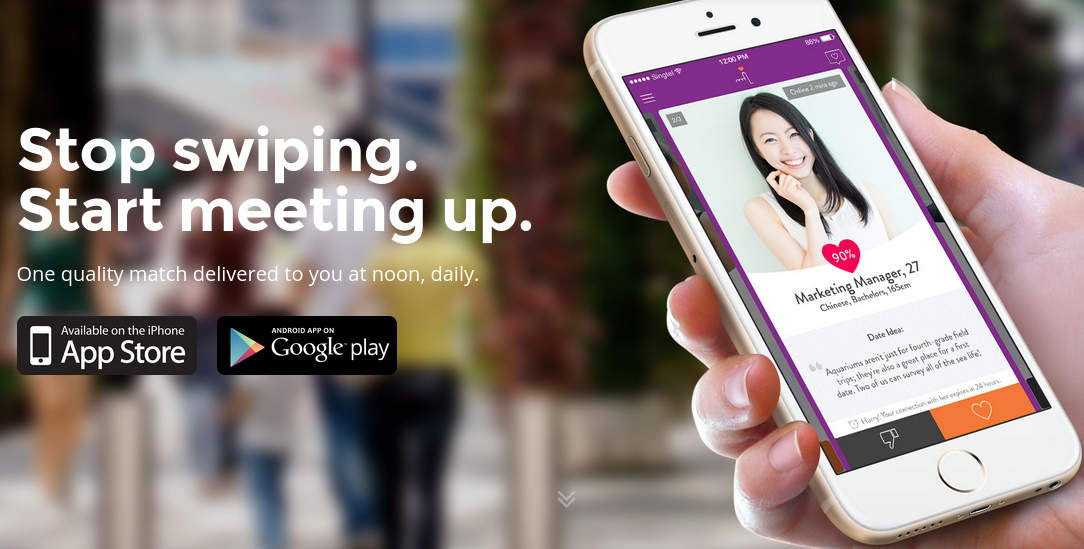 A Singapore dating app has revealed that its female users are proposing almost 50% of the offline dates on the app.

LunchClick is a free app that generates one match per user every day, after which the pair have 24 hours to accept the match.

Launched earlier this year by The Lunch Actually Group, the app has now seen 1,880 dates proposed and accepted, meaning 3,760 singles have successfully gone out on dates.

Overall, this makes women responsible for 44.7% of the dates proposed on the app. The CEO of LunchClick and co-founder of Lunch Actually, Violet Lim, said: “In the past, there was a certain societal stigma attached to women making the first move or asking men out on a date.

“But in today’s society, where men and women have equal access to education and employment opportunities, it’s not uncommon for ladies to make the first move anymore.

“At the end of the day, it is about getting to know each other in person, and it does not really matter if it was the man or the woman who initiated the meet up.”

And the dates suggested by women also prompted a higher average feedback score (3.8/5) than dates instigated by men (3.3/5), showing that male users respond to the fact that women are seeking to initiate contact.

So far, the app’s user feedback appears to be promising, with female customers enjoying the app’s manual approval of all users, which gives an extra air of security and trust.

One user, 27-year-old Yu Ting from Singapore, said: “Because LunchClick manually approves all profiles, and even bother to check the NRIC numbers of the Singaporean users, it gives me a lot more reassurance about the guys I’m potentially meeting.

“I’ve proposed dates to guys a couple of time now — the first time I did it, I was really anxious about whether he would think that I was too forward, but the date went very well and in fact, my date told me that receiving my date proposal made his day!” Like many apps at the moment, LunchClick wants to get singles out on an offline date, and has created a Propose-A-Date feature, that lets singles quickly organise a date in a local bar or restaurant.

LunchClick is free to download, but users can pay to speed up their dating life with a “Love Assistant” that costs SGD 99 – around $73.

Once bought, “Love Assistants” provide handpicked matches, advanced match preferences, a dating 101 starter pack and a profile analysis, along with a guarantee of one offline date or users get a full refund.

Singles also have the option to pay for other packages, priced from SGD 69 to SGD 249.

LunchClick is available for download at the App Store and Google Play.

For more information about the app, visit LunchClick.