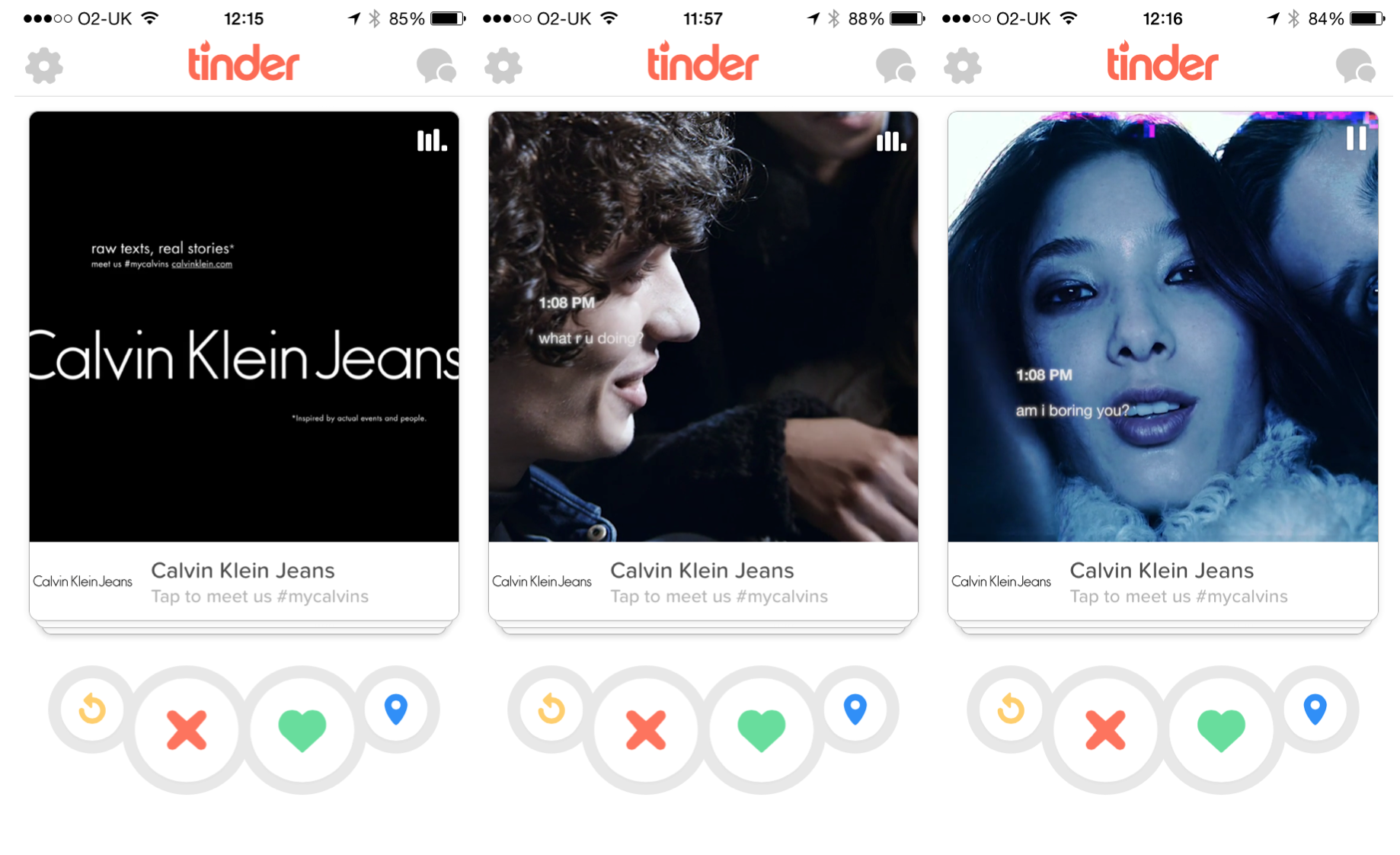 The controversial Calvin Klein ads have started to roll out on Tinder, after the campaign was launched earlier this year.

The #mycalvins campaign tells stories of “love, lust and sexual desire” inspired by sexts and messages sent by real people, and relays these messages over the campaign’s images and videos.

And now the ads have arrived on Tinder, appearing after users open up the app and swipe through a number of profiles.

Like Tinder’s first proper video ads, for a Bud Light party campaign, the profiles automatically play a video ad for Calvin Klein with a clickable message saying “Tap to meet us #mycalvins”.

After users click the link, you are taken to the Calvin Klein mobile site, as shown below: Unlike other campaigns, when you swipe right on the profiles, you do not match with the profiles – this confirmation must simply be used so Tinder can relay back to Calvin Klein how many singles swiped right to the adverts.

Calvin Klein said the campaign was designed to pay tribute to a new form of tech-based flirtation.

The co-founder and CEO of Tinder, Sean Rad, has previously said that branded profiles such as these see over 20% engagement from users.

Another advertising campaign that is currently running on Tinder in the UK is for iOS game Fallout Shelter, which added profiles to the dating app last month. The game lets users create their own vaults, requiring them to care for everything inside it, in order to keep the characters content.

The game is free to download, however research firm SuperData revealed that the game made $5.1m in the first two weeks following its iOS release last June.

Check out the full Calvin Klein ad video below: