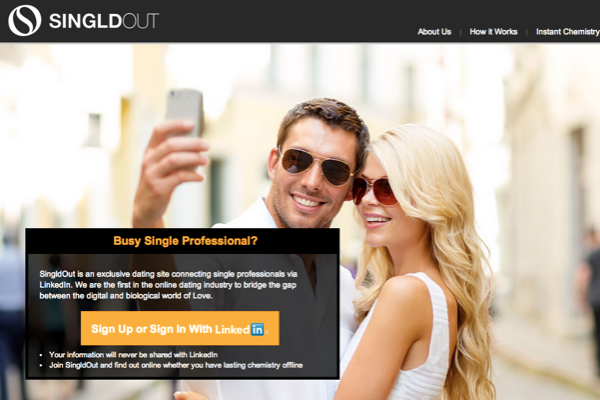 Users sign up to SingldOut using their LinkedIn details, filling out profile information like interests and hobbies, and detailing their preferences for a partner, such as diet habits or how often they exercise.

After this, users are sent a DNA test kit and are instructed to: “Spit in the tube, pack it up in the included prepaid envelope, and send it off at your local FedEx office.”

The test comes courtesy of Instant Chemistry, a Toronto-based biotech company, who use DNA tests to help match partners together.

Body scent is determined by the HLA genes, which Instant Chemistry say can be used in online dating to match people together.

“Through intensive research, scientists have found that long-term relationship satisfaction stems from two constants – your DNA and core personality – and how those match up with your partners.”

When they launched last year, they initially partnered with Canadian matchmaking firms, offering clients a DNA test as an extra compatibility tool.

This collaboration with SingldOut marks their first foray into online dating.

The biotech company recently revealed they are working on a cheap, pregnancy test-style, kit which they will fuse with a location-based app.

SingldOut was created by CEO Jana Bayad and CMO Elle France in January 2014, and launches in beta in South California this week.