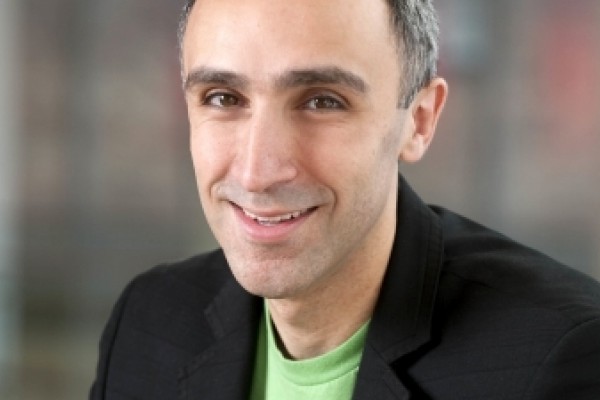 OkCupid played a big part in the downfall of Mozilla CEO Brendan Eich, over a donation he made against gay marriage, but now the dating site’s own CEO, Sam Yagan, is under fire because of a political contribution he made in his past.

Brendan Eich stepped down as CEO of Mozilla, after controversy surrounding a $1,000 donation he made in 2008 in support of Proposition 8, a bill to ban gay marriage.

OkCupid denounced Eich and his appointment in a message to all OkCupid users who accessed the site on Firefox, which said: “Mozilla’s new CEO, Brendan Eich, is an opponent of equal rights for gay couples. We would therefore prefer that our users not use Mozilla software to access OkCupid.”

However this week OkCupid have faced a backlash because of a donation their own CEO, Sam Yagan, made to a staunchly anti-gay Republican candidate, Chris Cannon.

The founder of TechCrunch, Michael Arrington, said in a blog post entitled “The Hypocrisy of Sam Yagan & OkCupid”, that Yagan donated $500 to Cannon, who has a long history of voting against gay rights.

Cannon voted against same-sex marriage, against a ban on sexual orientation-based job discrimination, and for the prohibition of gay adoptions.

He was also given a 0% rating by The Human Rights Campaign.

Arrington said: “Is it absurd to judge Yagan as a person based on a single donation, years ago, to a politician well known for waging war on gays? Yup. But that is precisely what Yagan and OkCupid did to Eich.

“In this new reality, supported by Yagan, it is both acceptable and a moral imperative to judge people based on their prior political donations, even those made years and years ago.”

Today, Yagan replied to these accusations in a statement to The Huffington Post, saying he had no knowledge of Cannon’s gay rights stance, and made the donation because of his position on the Internet and Intellectual Property.

Here is the statement in full:

“A decade ago, I made a contribution to Representative Chris Cannon because he was the ranking Republican on the House subcommittee that oversaw the Internet and Intellectual Property, matters important to my business and our industry. I accept responsibility for not knowing where he stood on gay rights in particular; I unequivocally support marriage equality and I would not make that contribution again today. However, a contribution made to a candidate with views on hundreds of issues has no equivalence to a contribution supporting Prop 8, a single issue that has no purpose other than to affirmatively prohibit gay marriage, which I believe is a basic civil right.”

Arrington accused OkCupid’s Firefox stance as being “nothing but a PR stunt”, and said Yagan was guilty of brazen hypocrisy – a view Yagan’s response would unlikely change – saying: “A man who feels strongly enough to boycott Mozilla over Eich’s actions is not a man who would donate to Chris Cannon.”

OkCupid’s stance over Eich, while receiving praise initially, has also drawn criticism from commenters, including gay rights activists, over the precedents it sets for free speech.

“The whole episode disgusts me — as it should disgust anyone interested in a tolerant and diverse society. If this is the gay rights movement today — hounding our opponents with a fanaticism more like the religious right than anyone else — then count me out,” Sullivan wrote. “If we are about intimidating the free speech of others, we are no better than the anti-gay bullies who came before us.”

Emily Moulder, the community manager at UK-based lesbian app Dattch, which recently expanded to the US, also disagreed with the decision:

“Building awareness of LGBTQ issues is always great but, so far, all that’s happened from this is that one man lost his job and OKCupid got worldwide attention again. But their publicity came at the price of one man’s personal and political choices. It isn’t right that Brendan Eich lost his job because of his personal beliefs, anymore than I should lose my job because I’m a lesbian.”