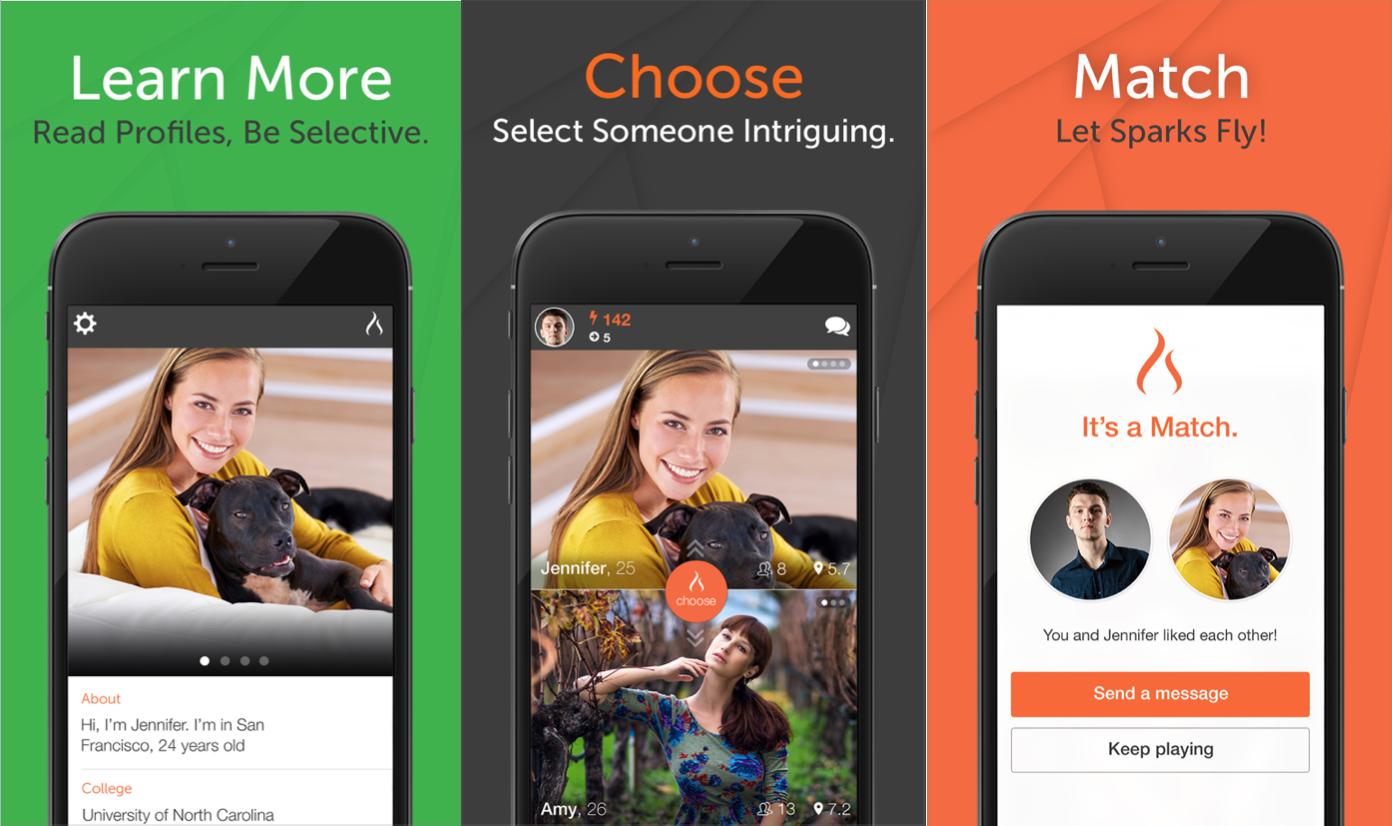 Spark Networks is trying to rebuild its company following a disastrous 2014, looking to reposition its main brands JDate and ChristianMingle, which are both losing paying customers.

However the company recently committed to its goal of achieving positive user growth by the end of 2015, and has released this new mobile product to try and help this positive step.

Spark is a free app that works in a very similar way to Tinder, except rather than swiping through profile after profile, it brings up two potential matches, and you choose which one you prefer.

When the two singles appear, you can tap to view the profile, or swipe right for more information.

Users then choose their favourite by swiping up or double tapping, and if they are not interested in either, simply tap Skip, and are presented with two new profiles.

As with many other dating apps, if both users like one another, they are put in contact.

Users of Spark also have the ability to skip both profiles five times in 24 hours, and if they use them up, can pay to buy more skips.

Michael Egan, the Spark Networks CEO who took over from Greg Liberman last year, said: “After matching on most other dating apps, many users realize the match is not a good fit and don’t pursue additional communication.

“The Spark dating app’s unique interface changes this behavior by encouraging each person to take a moment to learn a bit more about their matches. This process helps members to be more selective, which ultimately leads to better matches and better dates!”

Since launching on 27th August, the app was featured as a Best New App on iTunes, and has generated 10,000 users.

In August, Spark Networks released its financial report for the second quarter of 2015, which revealed the company had continued its downward spiral in terms of revenue and users.

However despite this, Spark Networks says the “company turnaround remains on track”, and has reiterated its commitment to subscriber growth in Q4.

Check out the Spark app here.