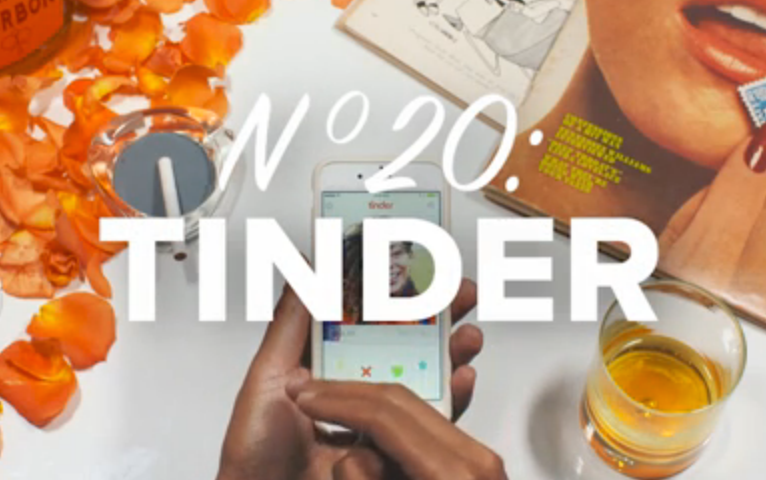 Popular dating app Tinder has been named in Mashable’s list of the top 100 best iPhone apps of all time.

The app was the only dating app to feature in the site’s 100 Best iPhone Apps list, entering at number 20.

Tinder, which was responsible for completely revolutionising online dating finished above other innovative apps like City Mapper, Slack and Snapchat, which stood 45th in the list.

Each app was rated on its design, usefulness and cultural impact, in addition to App Store data provided by app analytics platform App Annie.

The dating app was awarded a four-star rating, receiving five out of five for its design and cultural impact.

However, it dropped points for its longevity and utility.

Forget for a moment that Tinder completely changed the dating culture for an entire generation. Tinder’s biggest contribution to the app world has been its design. Before Tinder, most people had never experienced an app that relied so heavily on simple swiping. The “swipe right to like” dynamic has now been copied by scores of other apps, dating and otherwise, that it’s almost cliche. But it was Tinder that started the trend.

The benefit to the app is twofold: One, it makes it really easy for people to instantly understand how it works, and two, it’s really easy to use one-handed. These two factors, along with the app’s hyperlocal approach to dating, turned out to be a perfect storm of convenience, supercharging Tinder’s popularity.

Speaking of which, Tinder pioneered a whole new type dating app. At a time when many dating apps were extensions of existing web-based services, Tinder’s app-only approach was unique because it really easy to connect with people nearby. Arguably too easy – what started as a mobile dating service became the de facto hookup app of an entire generation.

Now Tinder had expanded beyond its initial swipes with tons of new features and a new premium tier that offers benefits like unlimited swipes and the ability to connect with people in other cities. Time will tell how these new features will play out but one thing is clear: Tinder will likely be remembered as the best and worst thing to happen to dating since the beginning of the Internet.