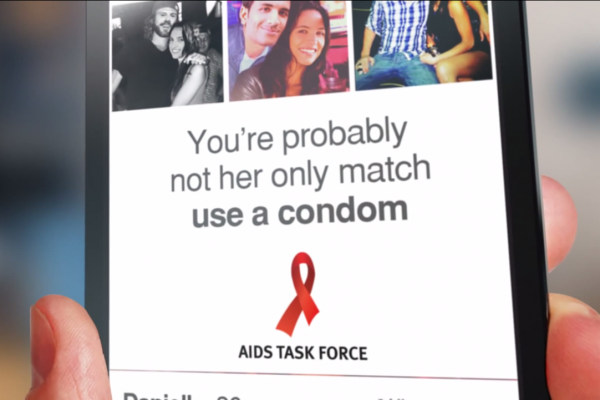 Tinder has drawn criticism for a “slut-shaming” AIDS advert that recently appeared on the hookup app.

As male Tinder users are browsing the app, fake female profiles appear whose photos show them with different men, with their last picture displaying the message: “You’re probably not her only match. Use a condom.”

The ad was created by Israeli advertising firm GREAT Interactive, as part of the AIDS Task Force, and has received criticism in the media and on Twitter.

Their campaign video says: “Why not use Tinder for delivering the message of safe sex in the most relevant way.

“To do so we created fictitious users in Tinder and added photos of them with multiple different partners, browsing through these photos leads the user to our message.”

Response has been uniformly negative.

The main issue is not wholly with the ad itself, but rather that it only appears amongst female profiles, and there isn’t a male version of the advert.

Anna Kat said: “Put both sexes in the ad! It’s not only a man’s responsibility to be safe, it’s also a woman’s!”

Tinder told the MailOnline they were “not involved with this AIDS project in any way”.

Tinder is a rapidly growing network, which according to owner IAC is expected to reach 1bn matches soon, up from 100m in August 2013.

The app also plans to expand to China by the end of this year.