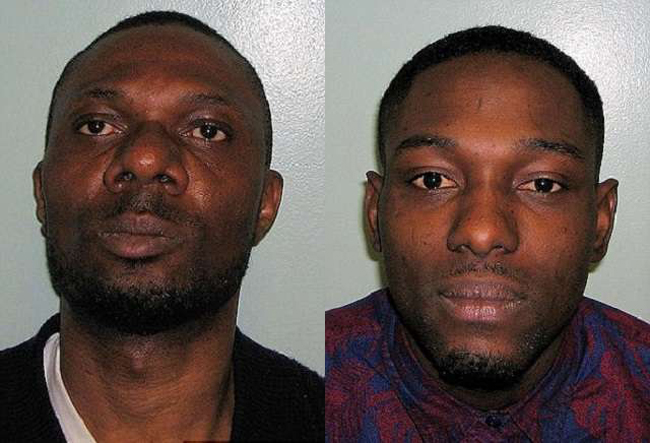 The UK scammers who defrauded a dating site user out of over £1.6m have been sent to jail.

The victim, a woman in her 40s from Hillingdon, was persuaded to hand over large sums of cash after meeting a man named “Christian Anderson” on a dating website.

Anderson told the victim he was a divorced engineer with a daughter working in the oil industry, and that both his father and sister had died of cancer.

After their relationship blossomed online, he then asked the victim for money for a project in Benin, Africa, with the woman handing over cash in instalments of £30,000, £25,000 for a police fine, and £120,000 for a fake “anti-terrorist certificate”.

And the two men who carried out the scam, 31-year-old Ife Ojo and 43-year-old Olusegun Agbaj, were both caught by the Met’s cybercrime and fraud team last November.

The pair were sentenced on the 8th January, both pleading guilty to conspiracy to defraud.

For their part in the scams, Ojo was sentenced to 34 months in prison, and Agbaje got 32 months.

Part of the reason they got relatively small sentences is that police believe there were other, higher up, people who masterminded the scams.

The police also said they were still looking for the “handsome white man” who posed as Christian Anderson in an offline meeting with the victim.

When police raided the house of Ojo, they found a copy of Neil Strauss’s book on the art of seduction, The Game, and a book of poems called For You, My Soul Mate: Loving Messages To Share With A Very Special Person, by Douglas Pagels, both used to seduce the victim.

At the sentencing, prosecutor Lesley Bates told Basildon Crown Court: “The victim has since experienced stress, cries, is depressed and unable to trust people.”

Speaking about the latest high profile scam, Detective Chief Inspector Gary Miles of the Met’s FALCON cyber crime and fraud task force, said: “Within the last year, Falcon has investigated the loss of £4m in relation to 100 victims who have been ruthlessly manipulated by men and women pretending they love them.

“The suspects showered them with compliments and confided their seemingly innermost secrets to them. In many cases, the suspects were talking to their victims online or over the phone for hours every day.

“But these victims are not gullible, the fraudsters are very professional, often they are talking from carefully prepared scripts.”