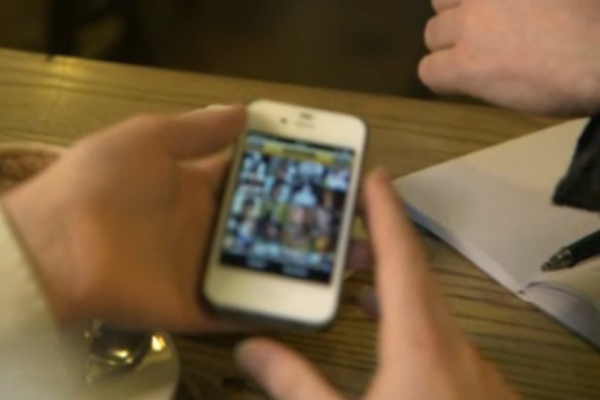 Today is Safer Internet Day, and the National Crime Agency have sent out warnings about the dangers of underage children using hook-up apps.

The warnings are centred around young children accessing apps designed for over-18s, by inputting a false DOB.

With geolocation available on many dating apps, children face being exposed to predators and the NSPCC said they have had a huge increase in complaints about online grooming over the past year.

Claire Lilley from the NSPCC said to the BBC: “These apps do have terms and conditions in place but they’re simply not being enforced and as a result children as being put at risk of serious harm.”

BBC Newsbeat spoke to one boy, Aaron, who signed up to Grindr when he was 13 and was groomed by a 24-year-old man on the app.

The head of education at the National Crime Agency, Jonathan Baggaley, said to the BBC:

“Just because we’ve not received huge reports doesn’t mean this isn’t a major issue. Clearly the very dynamic of this kind of relationship means young people won’t report it.

“The law is very clear: regardless of how the conversation is started, regardless of who thinks they’re in the driving seat the adult is always the one who has the responsibility. A child should never be blamed.”

New research – from Disney’s Club Penguin, Childnet and the Child Exploitation and Online Protection Centre – found that 25% of children between 6 and 12 have shared information such as name, address and images with strangers online.

This research and warning from the NCA comes a week after US social discovery app MeetMe was sued by a San Francisco City Attorney, who claimed the app helps sexual predators target minors.

MeetMe is a social networking app open to under-18s and a quarter of their 40m user base are between the age of 13 and 17.

In the suit, City Attorney Dennis Herrera warned about the dangers of sexual predators lying about their age and accessing apps used by children.

He said: “Anyone — including sexual predators, stalkers and other criminals — can sign up to use the MeetMe app and can input any birth date they want, and once they do, MeetMe enables them to browse through photographs, locations and other personal information of teenagers who are in close physical proximity.”

Last week, the Sunday People published a report about under-18 site MyLol.com – described as a “playground for paedophiles” by the NSPCC – being used by predators to contact youngsters.

The topic of background checks has long been debated within the industry and while the logistics of that might be problematic, age-verification would be a much more achievable goal.

However numerous studies have shown that age is among the most lied about things on online dating, making it unlikely for dating sites to demand age-verification off their own bat, as it might deter users.

He references how Chinese site Jiayuan developed verification features, letting users add documents to the site, such as ID cards and paychecks, to back up their claims.

Oyer said: “I’ve seen little evidence of American users demanding verification, on the other hand, though I have heard a few anecdotal accounts of Americans giving up on online dating because of dishonesty.”

However such demand can quickly materialise – shown by recent events in the UK regarding ISP filtering – which were brought about largely through lobbying by Tory MP Claire Perry and The Daily Mail.

There is no reason to think if the media jumps onto stories about hook-up apps being used by predators, certain apps, and the industry as a whole, could come under fire for not providing sufficient age verification.

Safer Internet Day is organised by the Insafe/INHOPE network, with support from the European Commission, and aims to promote safer use of technology, particularly amongst young people.