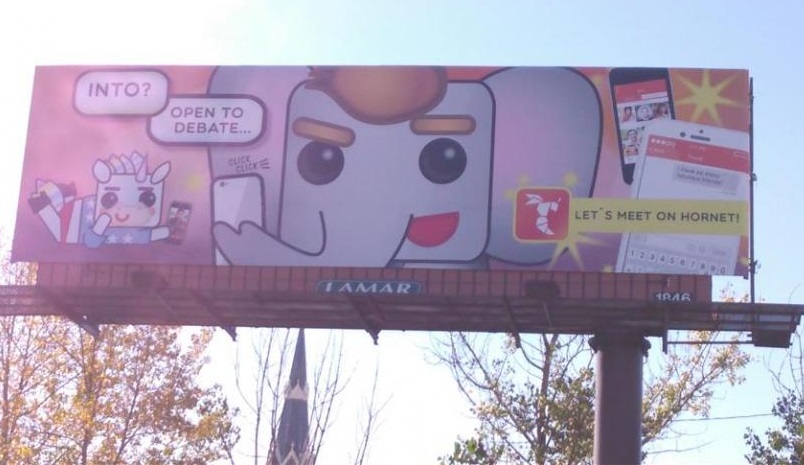 Gay dating app Hornet has caused a stir with its latest billboard placement, by putting the ad outside the venue of this year’s Republican presidential debate.

The app, founded in 2010 by a group of gay right activists has chosen to site the new billboard outside the Milkwaukee Theater.

The event took place yesterday and was attended by presidential hopefuls Donald Trump and Ted Cruz.

The company hopes the billboard will help to publicise the lack of exposure that gay rights issues receive at the event, whilst lightly mocking the debate.

A spokesman for Hornet said: “We wanted to inject some humor and poke fun at the race.

“For most gay men around the world, they don’t enjoy full equality, so it is important that at a debate like this we interject ourselves into politics even if the candidates aren’t talking about our issues.”

The billboard shows a conversation between  a Trump-like cartoon elephant and a unicorn wearing an American flag.

The app currently has  7 million users worldwide, according to its creators.

Find out more about Hornet here.