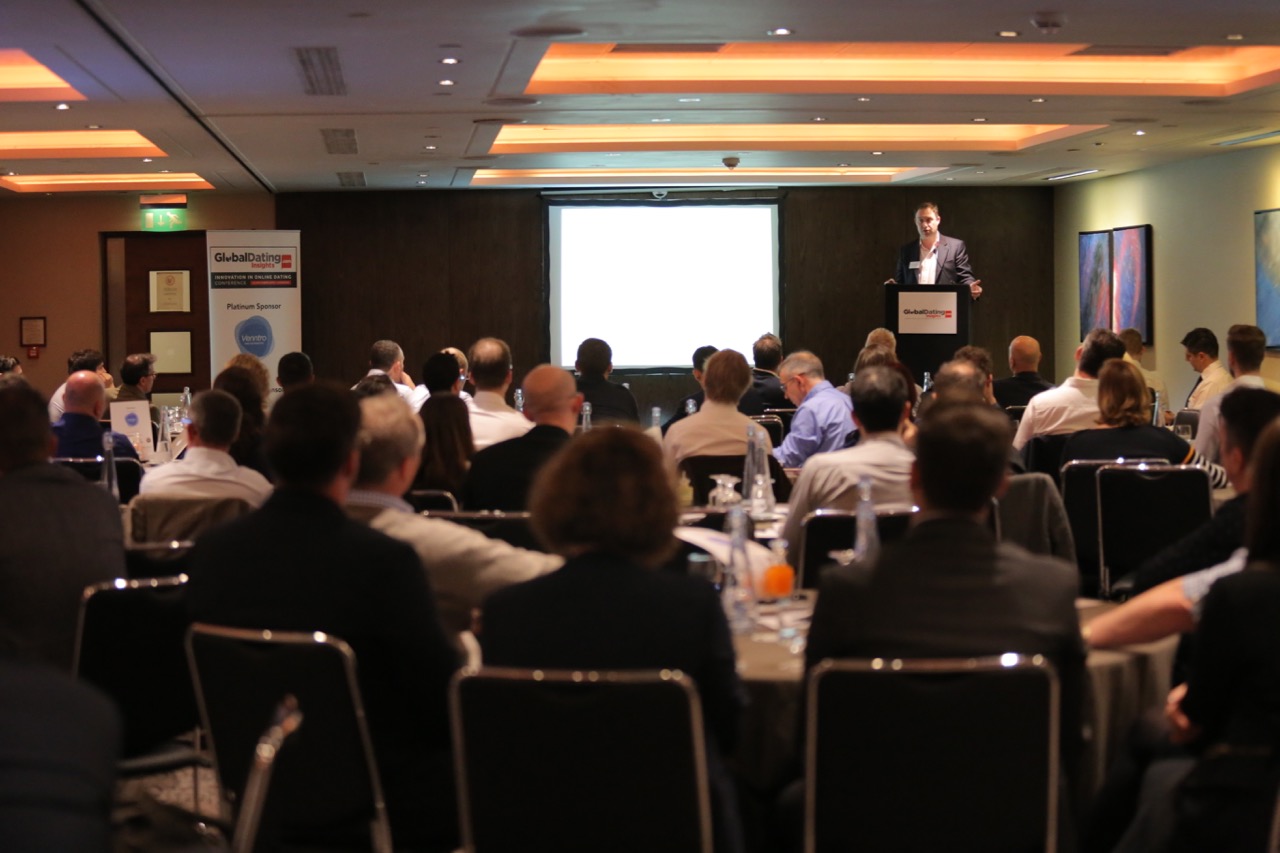 1. White Label Dating has 50% of the UK adult population on its database

According to co-founder Steve Pammenter, who gave a talk on their white label solution and the initial troubles the company had with its US expansion.

2. Can you sell your dating company as a tech business?

Advice from Tanya Fathers, who has just sold her company Dating Factory to Agile Wings, that if you’re looking to sell your company, think whether your dating product can be used as technology that can be implemented in a wider range of industries, outside of just dating, as this can be very attractive to a potential buyer.

When you ask for app store feedback, for users that choose 1-3 stars, give them a link to a support email so you can address the issue. If they choose 4-5 stars, send them to the app store to give your app a good rating. A top tip from Double co-founders Ben Greenock and Gary MacDonough.

Geoff White, a technology journalist from ITN, commented that one thing the Ashley Madison scandal showed was that hackers are learning about the news cycle, and understanding how to drip feed their hacks to the media. The hacker group The Impact Team first gave Ashley Madison a warning and a month to clean up their business, then released all the data in a number of dumps – first user data, then executive emails. This is something big news organisations do – for example, the Guardian drip feeding out the Edward Snowdon news.

Next year, there will be new laws giving a broader definition of “personal data”, which will now include particular user demographics and categories, said David Deakin from Lewis Silkin. In addition to this, data processors will be directly accountable to breaches along with the controller, and heavy fines are likely to be introduced, potentially up to 5% of annual revenue.

6. Use Uber-style referral schemes for your mobile dating app

Dating apps can implement the extremely successful scheme used by Uber, where a user gets £10 free credit when their friend uses the app. For example, Happn gives in-app credit for each user you successfully invite, so there is an incentive for them to tell their friends about the app. One of Double‘s top 20 mobile dating growth hacks. Performed best when compared to direct, referral, display and social, with paid search coming a close second. This insight came from David Ronald Minns of Platform Dating, who took the data from his site SaucyDates. 8. Dating sites need to be conscious about different countries and cultures

Find out who pays less and more for dating services, based on their geo-location, said Gloria Diez from Wamba. One example is that German users expect more privacy options – a cultural wish that has risen since the Angela Merkel/NSA leaks. 9. Get free money to secure your data

Companies can get up to £5,000 from the government by way of an Innovation Voucher, to get the help of an external expert to develop ideas and improve performance, said Christine Andrews from Data IQ.

10. Optimise and test all your marketing language

Test which words perform best with your target audience. Barbara Galiza from Her said they found the best performing ads and posts actually didn’t reference dating at all. This was one way they realised their users were looking for a more community and social-orientated product.

11. Adapt your product around the needs of your customers or niches

Michael O’Sullivan from Hub People said they tracked the time their male/female users spent on different areas of the site. They found that men spend much more time on profiles, whereas women spent longer on chat, blogs and chat rooms. You can then use this to change which page users land on after they sign in. 12. Is the dating industry going back to the future?

With the implementation and introduction of some subscription offerings like Tinder Plus (a $9.99 premium service), Happn’s Charm and Coffee Meets Bagel’s in-app bean currency, Lovestruck co-founder Laurence Holloway wondered whether, after the free revolution, we are seeing a resurgence of subscriptions for dating services.