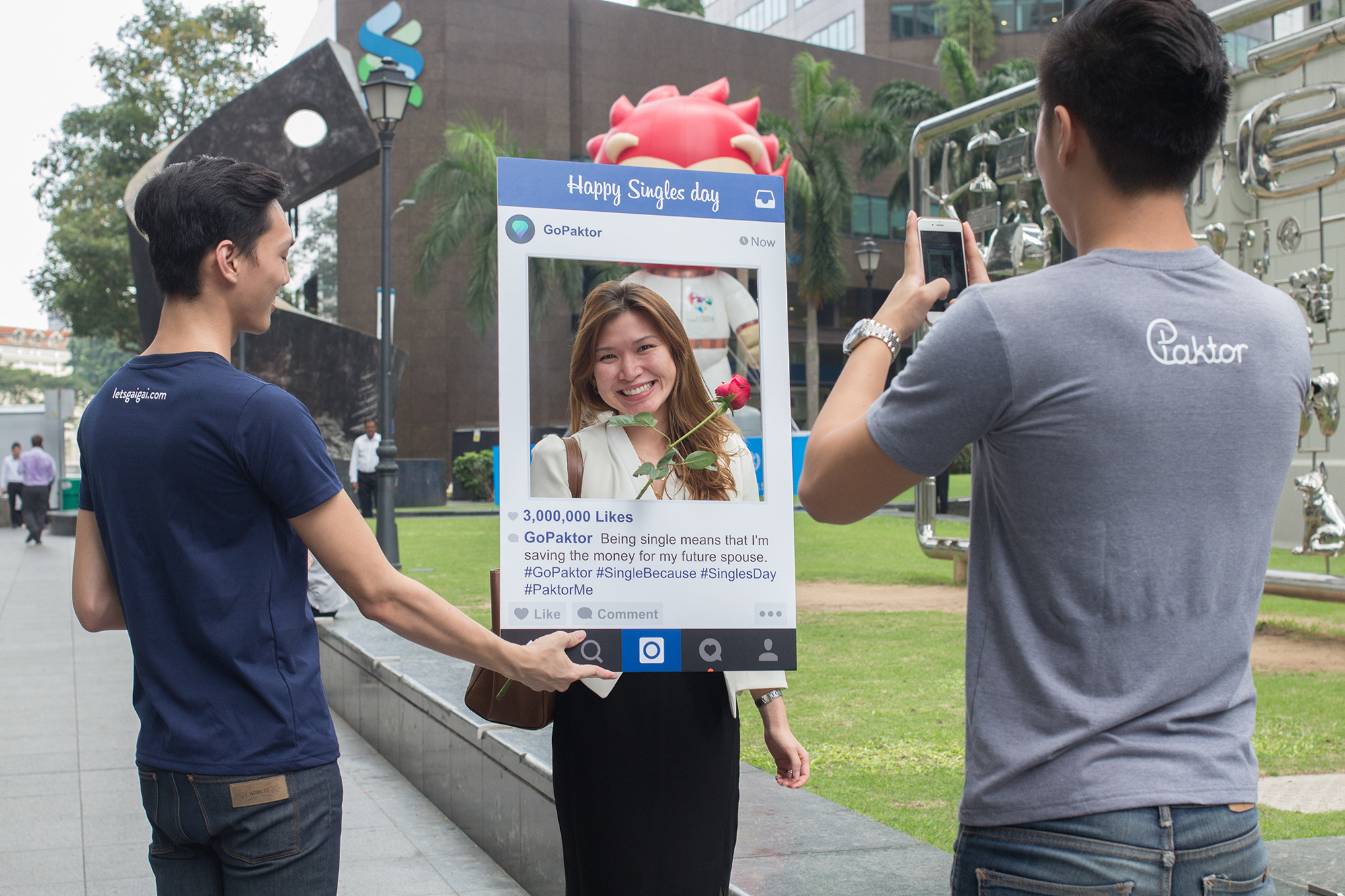 This week, Asian dating app Paktor helped its users celebrate this year’s Singles Day, by organising various treats to be given out throughout the day.

On Wednesday, the dating app took to the streets of Singapore to hand out a number of surprise giveaways, and roses provided by A Better Florist, in an effort to “share the love with all single people on Singles Day”.

During the app’s “Share The Love Giveaway”, which was held at five location around Singapore, 1,000 roses were given out to passers by to help “remind singles that this is a day to love one’s self and that they are not alone”.

It also selected four users to be given the “Lunchtime Surprise”, which consisted of a bouquet of red roses, office accessories from Naiise and a handwritten note.

To be entered into the draw, users were required to swipe right on Paktor’s Single’s Day profile card before 10am.

One of the winners, 28-year-old financial consultant Mr Yeo Eng Joo said: “I was truly surprised when the Paktor team really turned up at my office.

“Earlier in the morning, I signed up for the campaign without knowing what was going to happen.”

Paktor has since released a behind-the-scenes video of its Singles Day celebrations, including moments from the surprise giveaway.

The app currently has six million registered users, and generates up to 12 million matches each month.

Watch the full video below: