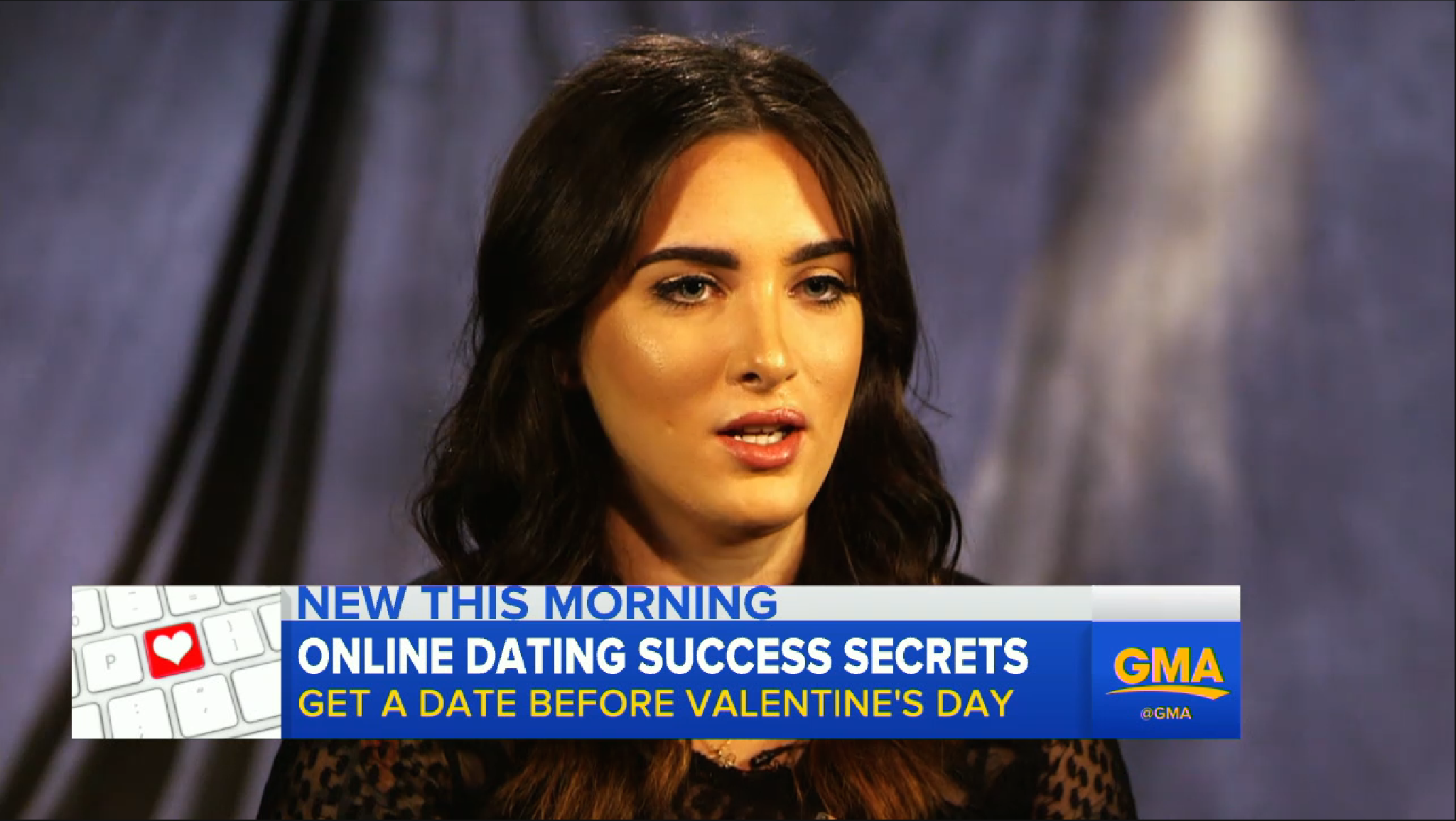 The dating ambassador for single-ranking mobile app The Grade appeared on Good Morning America today, to share her tips for finding love online before Valentine’s Day.

Lauren Urasek, dubbed the “the most popular woman in online dating”, was hired as the app’s brand ambassador last year, and has since signed a TV deal with ABC Signature.

During her appearance, she points out a few things online daters can do to make their profile stand out, which include the use of flattering selfies and having interesting conversation starters on your profile.

She explains that the topics of conversation can feature in your pictures or bio content, and are most likely to highlight something interesting about you, or a hobby/passion that you have.

Commenting on her appearance, President of The Grade, Cliff Lerner said: “As the most ‘popular’ woman in online dating, Lauren has been an invaluable resource for The Grade, using her personal experiences to advise us in furthering The Grade’s mission of creating a community of highly desirable singles.”

Urasek also spoke about The Grade’s unique ‘Photo Stats’ feature, which allows users to test their photos to see which ones are more popular among their potential matches.

The app recently analysed the like-rates of more that 2,000 users’ profile photos and 800,000 swipe interactions to see what photo characteristics performed best and worst among the opposite gender. The study found that for women, images that included “singing/playing an instrument, performing a sports activity or wearing a bikini received the highest like-rate”.

For men, photos featuring professional headshots, facial hair and dogs were liked the most by women.

The worst photo types for males featured group shots, hats and not looking into the camera, while women received low like-rates for tattoos, dogs and eye-glasses.

“Singles have been testing their photos on dating sites for years to see which photo gets the most attention, but they haven’t had the proper tools to show them which of their photos perform the best and worst with actual data to back it up.

“The data showing the performance of each photo is extremely valuable for singles, because they often don’t know which photo is the most attractive to prospective matches.”