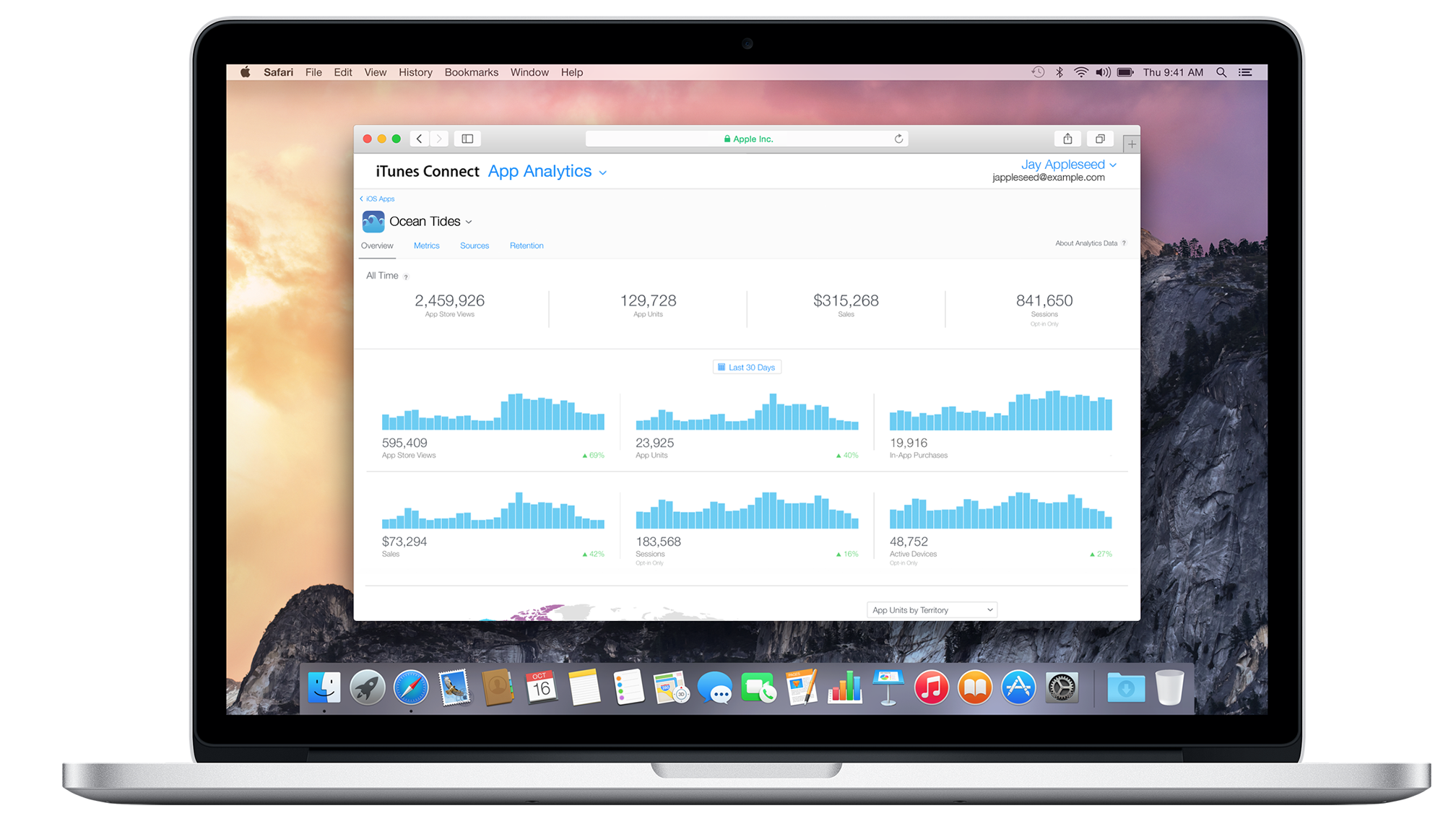 Developers with a Connect iTunes account are being informed by Apple that the private beta is now open to all registered developers.

Invitations were sent out to select developers to preview and test the service a few weeks ago.

The tool tells developers things like how often customers visit their App Store page, how many users open their app, along with giving info about sales and In-App Purchases.

Screenshots of the service surfaced on Product Hunt, posted by founder Ryan Hoover, which gave more details about the different functions of the service.

Hoover said he was impressed with the amount of data Apple provides, “especially the usage and retention data.”

He also said that “being able to track conversion and retention by source (e.g. producthunt.com vs. a tech publication’s announcement) is very helpful and may change the way people approach PR for mobile app launches.”

The service also gives you traffic breakdown to the App Store, the conversion of the listing per channel and campaign tracking.

And as noticed by 9to5Mac, all iOS developers can now access the service in the iTunes Connect interface, rather than having to request access.