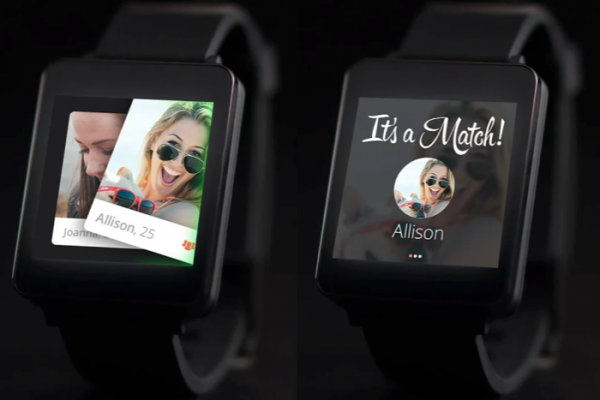 Tinder and Match.com are two of the first dating apps to be released on Android Wear, Google’s smartwatch software.

Those with the recently released Samsung Gear Live or LG G watch, can get the updates on the Google Play Store now.

Once downloaded, you can open the app on your watch using Android Wear’s spoken feature, by saying “Google, Start Tinder”.

All the key features of Tinder have been implemented onto the smartwatch interface – swiping left or right to accept or reject someone and tapping a photo to show their pictures, profile and match notifications.

Match.com have also released their app on Android Wear.

The smartwatch software will let Match users search, exchange messages with voice commands, rate matches and get pulse notifications when they get a wink or email.

In March, Google announced the extension of their Android system to wearables.

The Samsung Gear Live and the LG G are the first compatible watches launched, and were both released on 25th June.

A Moto 360 watch is slated for a summer release.