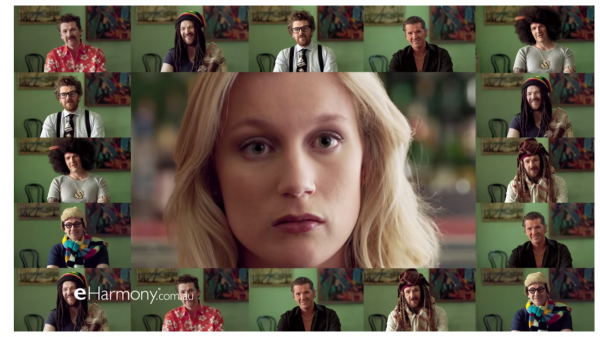 The first ad, called Date DÃ©jÃ  Vu, shows a young woman who feels like she’s in a Groundhog Day-style cycle of going on the same first date again and again.

The campaign positions eHarmony as being different, because it goes beyond the surface with its long personality-based questionnaire.

The company also said its funnier advertising was driven by market research that said people considered the brand to be too serious.

Earlier in the year, eHarmony also hit out at competition like Tinder with another humorous advert for its UK site, part of its “brains behind the butterflies” campaign.

The new adverts are set to run from this month until the end of this year.

Watch the first advert below: