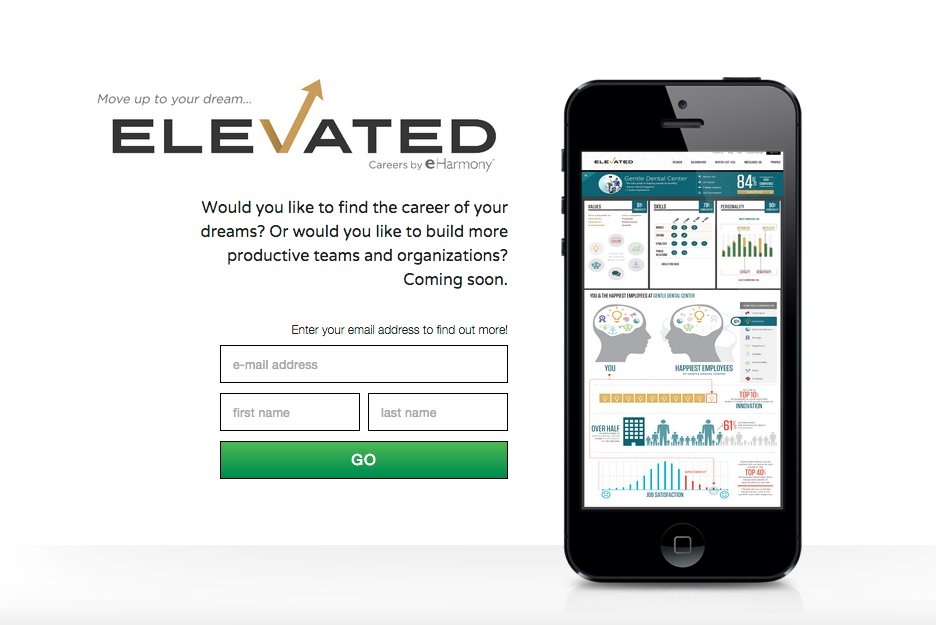 eHarmony are now planning to roll out their job seeking service in March, the company has said.

However Dan Erickson, eHarmony’s general manager for Elevated Careers, told the OC Register that it will start to become available to select jobseekers by late March.

The service currently has a landing page, where users can sign up to receive updates on the site.

Erickson said they are currently trialling the service with two corporations, with plans to fully roll it out to jobseekers and employers by summer.

Dr Warren previously said they have had a team of 10 working for three years on the job matching compatibility test, akin to their dating service’s 29 Dimensions of Compatibility.

Erickson told the OC Register they plan on creating a questionnaire that would take just 10 minutes to complete.

When launched, Elevated Careers will be free for current eHarmony users and other jobseekers, but will later become a paid service.

A number of other companies have used online dating models to try and match up jobseekers with their perfect jobs.

These include Tinder-style Jobr and Emjoyment, where users sign up via LinkedIn, build a CV profile and then swipe through prospective jobs and employers.

eHarmony recently finalised a deal that will see them relocate their headquarters from Santa Monica to a 50,000 square-foot office in Westwood.