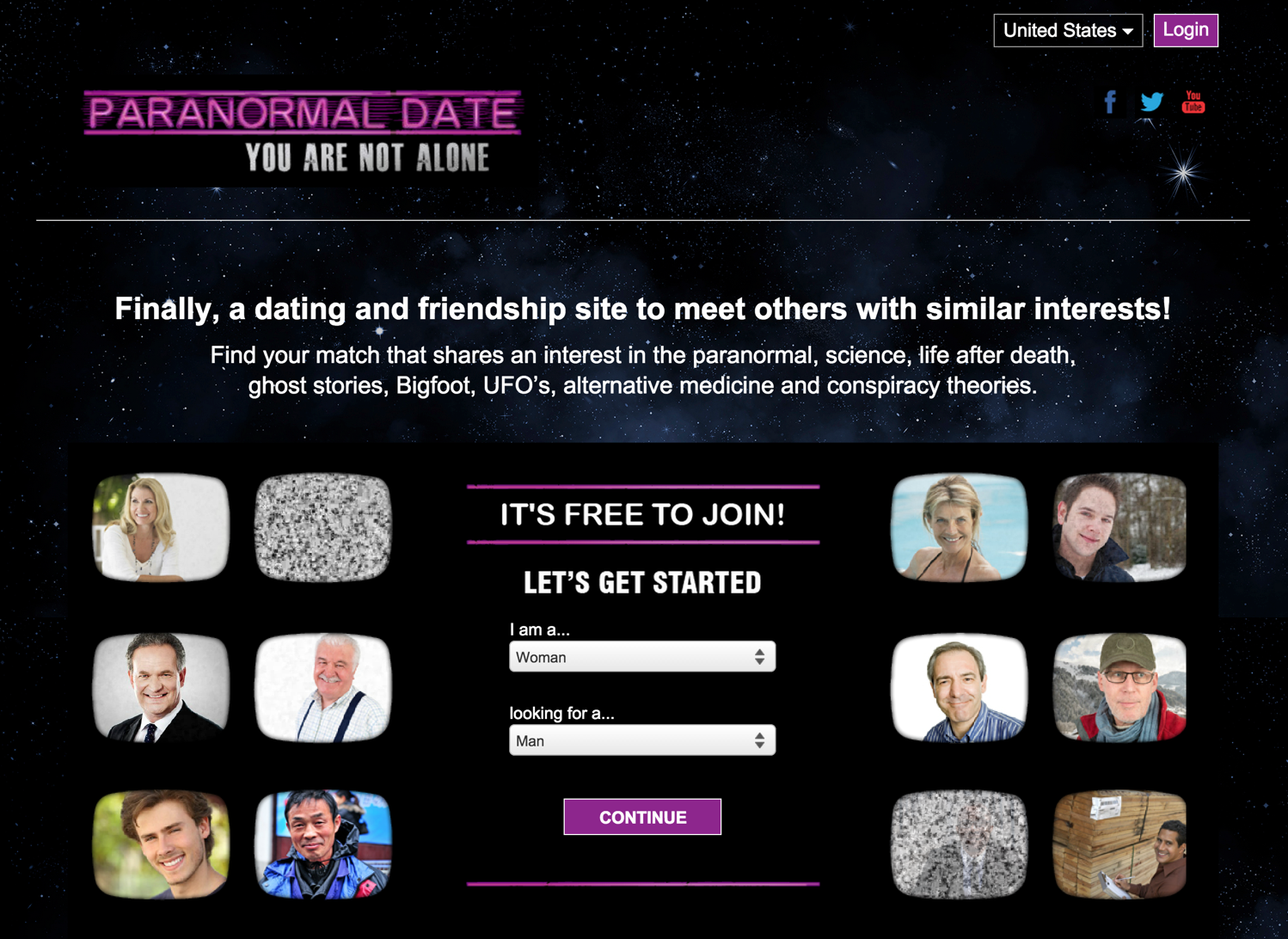 Another US media personality has jumped on an emerging supernatural niche in the dating world.

Late night radio host George Noory has just announced his very own paranormal dating site, following in the footsteps of The Amazing Kreskin.

World-renowned mentalist The Amazing Kreskin released his site, Supernatural Dating, in April this year, to help fans of the otherworldly find love.

And now Noory has done the same – today launching ParanormalDate.com.

Noory has been a radio host on late-night talk show Coast to Coast AM since 2003, along with regularly appearing in the History channel series Ancient Aliens.

According to Talkers Magazine, Coast to Coast AM is the most-listened program in its time slot – which is 1AM-5AM – with around 2.75m unique listeners.

The program is heard on almost 570 stations in the US, Canada, Australia and Guam.

Noory said: “Millions of people use dating services worldwide but few have a chance to meet people sharing their same interests in the paranormal. I speak all over the country and always people come up to me and say “I can’t find someone who understands.””

The 65-year-old created the dating site with the help of long-time friend and colleague Mark Rollings.

Rollings said: “This is a unique opportunity for us to get people of like minds together for a lifetime. ParanormalDate.com was designed for people who enjoy the subject matter covered on Coast to Coast AM with George Noory.

“It’s a specialty category and we feel we are able to bring people together through the website. We saw that this is a large, untapped market, and with George’s special connection to his audience it was a natural progression from his radio show and personal appearances.

“So many people hunger to share their experiences with the paranormal, unexplainable or the afterlife, and this is one more source for them to meet and share that common interest.”

Find out more about ParanormalDate here, and read about The Amazing Kreskin’s site here.