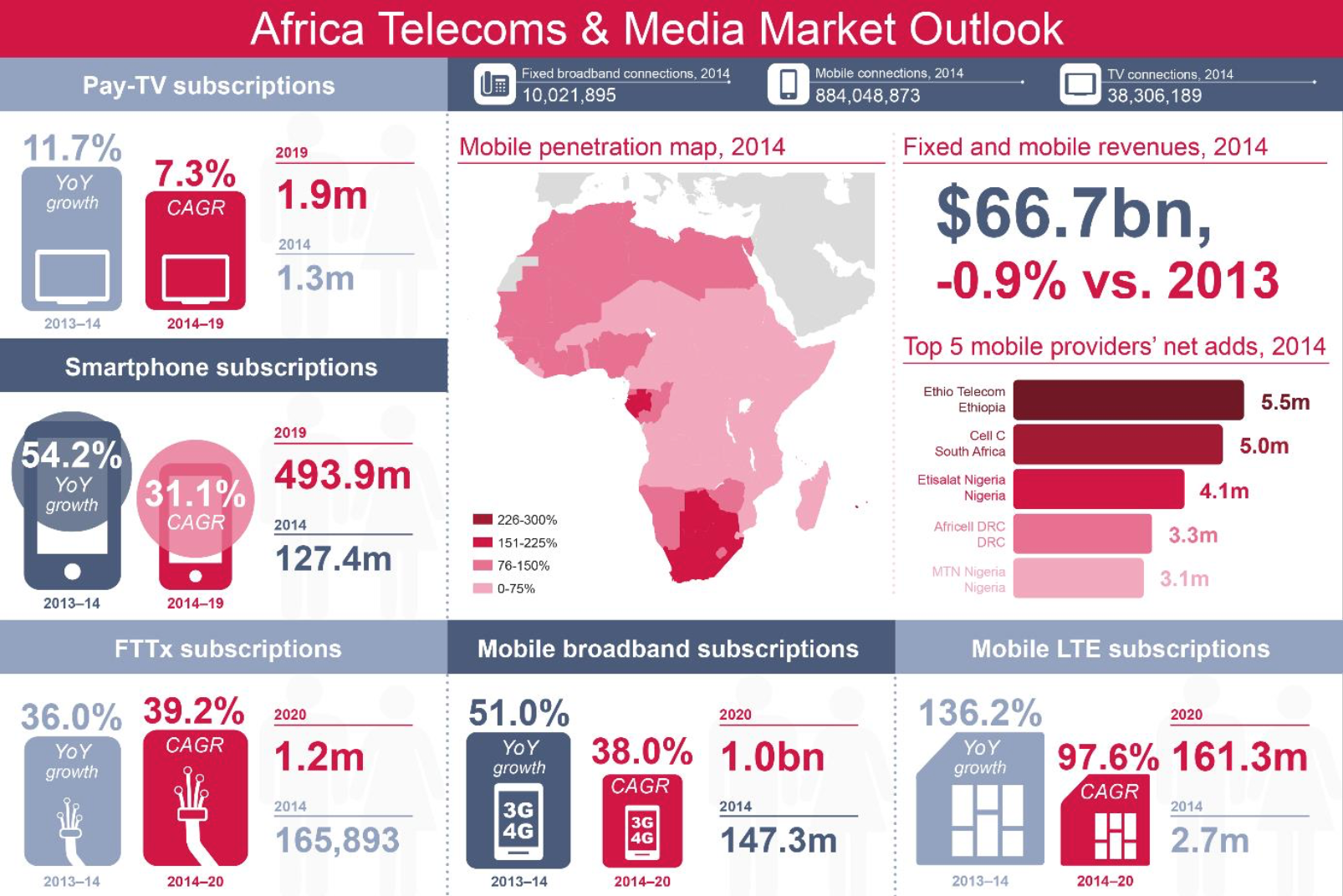 Africa is set to see a massive increase in broadband connections over the next five years, new research has revealed.

The number of mobile broadband connections in Africa is expected to hit one billion by 2020.

The huge growth is being delivered by the ongoing roll out of 3G W-CDMA and 4G LTE networks, along with the increasing affordability of smartphones.

At the end of 2014, mobile broadband accounted for 17% of the 884m total mobile subscriptions in Africa.

And the number of total mobile subscriptions in Africa is expected to hit the one billion mark during 2016.

Matthew Reed, Practice Leader for Middle East & Africa at Ovum said: “Although the pace of growth in overall connection numbers in Africa has slowed and the regional industry is facing some headwinds from rising competition and weaker economic conditions, there are substantial growth opportunities on the continent in data connectivity as well as in digital services that are based on those data connections.”

Africa’s fixed-broadband market will also keeping growing, as operators on the continent step up their deployments of wireless and fiber networks for home and business broadband.

It ranked highest on the index with a score of 4.35 out of 5, and was followed by countries like Angola, Kenya, Nigeria, and Ghana.

Reed said: “The South African market is among the most advanced on the continent, so it is to be expected that it leads in potential for digital media services. Nevertheless, the Index shows that there are digital media opportunities across the continent,” commented Reed.

Check out the full details of the study here.