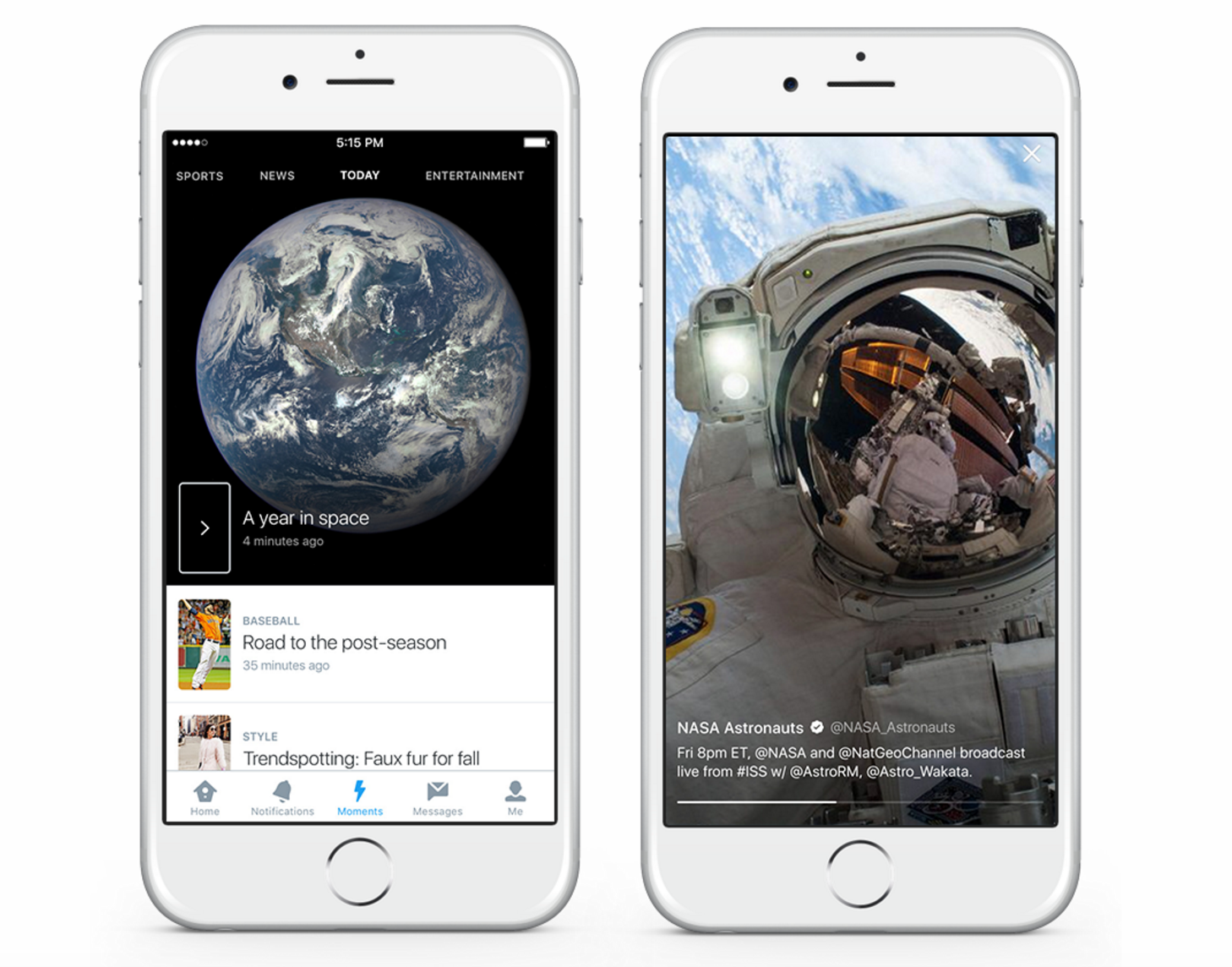 Moments has been live in the US since October, and it is a new tab on the social media, letting you discover and read about trending topics and stories.

These topics are curated by a team of British journalists and are contributed to by 18 media partners that include The Sun, VICE, Sky News, Premier League, BuzzFeed, Glamour and The Economist.

When you click into a Moment, you are taken to an introduction with a title and description about the topic.

Users can then start swiping to dive into the story, which contains images, autoplaying videos, Vines and GIFs.

The UK is the first European country Twitter has expanded the feature to, after launching Moments in Brazil last month.

Speaking about the feature when it launched in October, Moments’ Product Manager Madhu Muthukumar said: “Every day, people share hundreds of millions of Tweets. Among them are things you can’t experience anywhere but on Twitter: conversations between world leaders and celebrities, citizens reporting events as they happen, cultural memes, live commentary on the night’s big game, and many more.

“We know finding these only-on-Twitter moments can be a challenge, especially if you haven’t followed certain accounts. But it doesn’t have to be.

“Moments helps you find the best of Twitter as easily as tapping an icon — regardless of who you follow. Just visit the new tab called Moments, where you will discover stories unfolding on Twitter.”

And in the new year, Twitter also plans to monetise this service, by letting commercial partners create “Promoted Moments”.