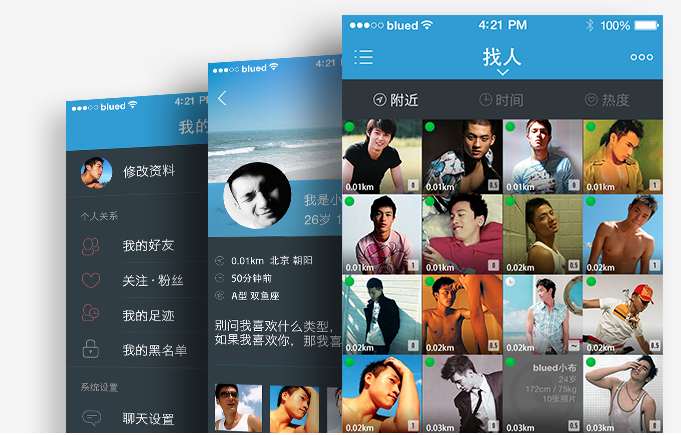 China’s largest gay dating app, Blued, says it has overtaken its competitors in the race for most daily active users.

Since its launch back in 2012, Blued has maintained a strong growth rate, and has also raised considerable amounts of funding to continue its success.

Last February, Blued had a total of 3m users, and a year and a half later is seeing that number logging on every day.

In a recent interview, Geng Le revealed that Blued will soon close its third round of funding, and is expecting to raise between $50m and $100m.

This latest round of funding follows a series of successful fundraising attempts by the company.

In November last year, Blued announced it had raised $30m in funding from venture capital firm DCM, helping to continue its development and promote the “diversity and progress of Chinese society.” The rising acceptance towards homosexuality in China is also benefiting Blued, and a number of other services created for the gay community.

According to Geng Le, the retail industry is beginning to develop an interest in the country’s LGBT community, given that it is currently an under-targeted demographic.

Earlier this year, the app took its first steps to becoming an international product, expanding into the Netherlands.

It is now seeing a steady engagement rate outside of China, with more than 10% of its 15m users coming from other countries.

And as a result of its continuing growth, Blued’s founder has now confirmed that the app is aiming to go public within the next five years.

He also plans to add a number of new features to the app within the next year, including games that users have to pay for.