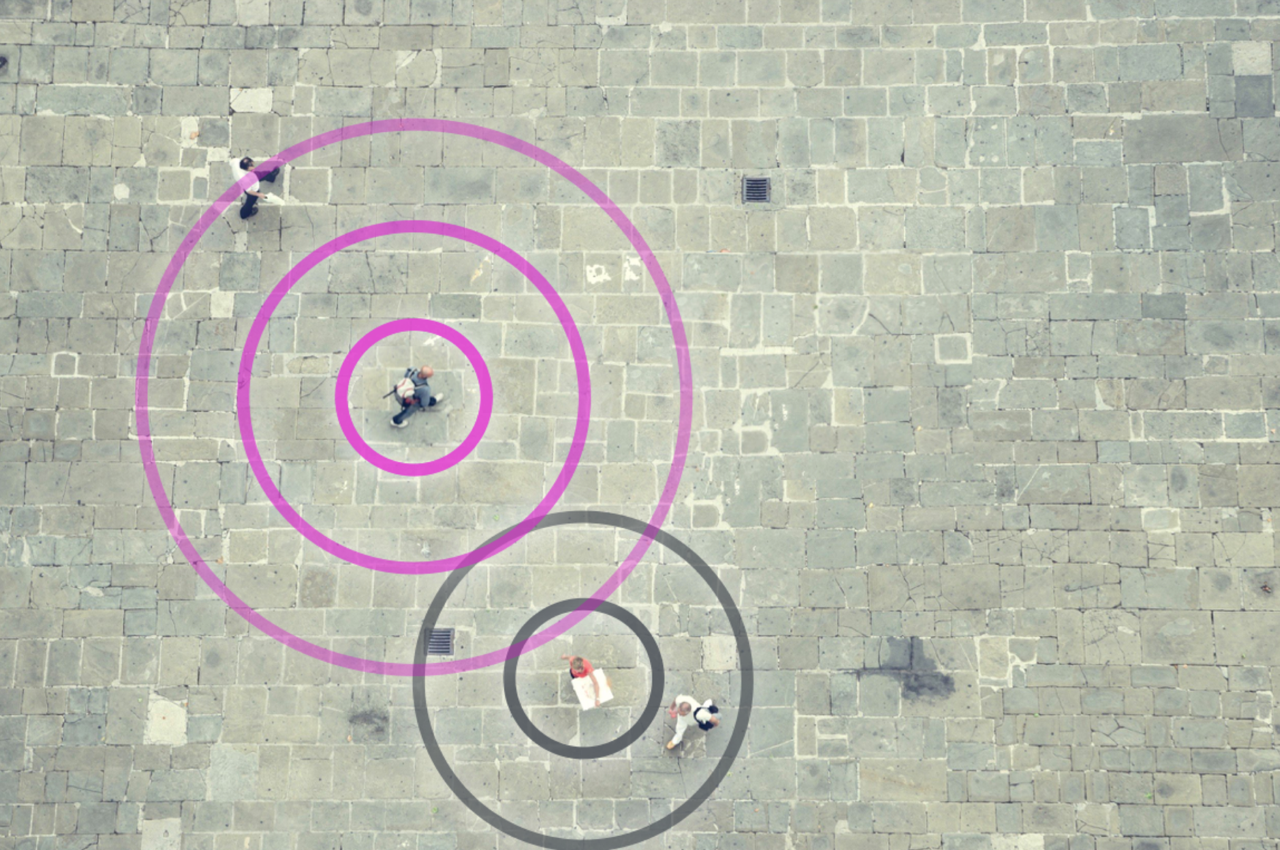 Can you describe what your company does?

Uepaa AG is a Swiss startup founded in January 2012 by Mathias Haussmann and Franck Legendre. We see ourselves as the peer-to-peer (P2P) communication pioneer for mobile devices. We are passionate about connecting people’s smartphones directly, peer-to-peer. Our first product, the Uepaa safety app, brings professional emergency services directly to thousands of active people, and is the only p2p safety app of its kind that even works without cell phone reception. With our proximity SDK, we allow app developers to add a physical dimension to their apps, by enabling direct nearby smartphone-to-smartphone discovery. We want to revolutionise the way people interact in the real world through their smartphones, from facilitating nearby interactions with friends or colleagues to social discovery.

When did you launch the SDK? How long have you been working on it?

We just launched p2pkit on the 29th September 2015. We started working on it a year ago in December 2014 and released a beta version in April 2015.

Why did you decide to create the software? Did you see a gap in the market?

We received a lot of interest in the technology that powers our disruptive safety app. It allows the creation of a wireless mesh network of smartphones with other nearby users when no network is available, so that alerts and your last known position could be relayed back to the cellular network through others. Our technology even caught the interest of one of the biggest social networks, with whom we collaborated, as it could carry more than just alerts and a few location points…

The whole team believed the technology should be made available to others. Mathias and I were convinced it had a lot of potential, even when online to connect people in a natural way – p2p. When you think about it, our smartphones are great to communicate remotely with our friends and relatives, but they still feel clumsy when having to make sense of what’s around us, especially people. Beacons are great for proximity-based interactions related to things and places, but think about how many people you cross every day and the potential interactions you miss while commuting to work, while you are actually at work or school, or when you go out socialising, dating or networking. We also realised that competing SDKs of this kind had many limitations: such as the lack of x-platform and background support. We made all this possible, and p2pkit was born!

Who do you want, and expect, to use the SDK?

Any app owner who wants his app to understand and leverage the proximity of its users can use our SDK. We believe our SDK will revolutionise the way people interact and discover each other while in proximity. p2pkit can ease our interactions with people we cross every day like friends or colleagues. For example, many apps have fields where you can add people from your address book. Using p2pkit, instead of loading your full address book, you could get a list ordered by the proximity of people around you – right now (“Nearby”) or recently seen (“Recently Seen”). Another example related to work: a productivity app could remind you of something you have to tell a friend/colleague, or show you the list of pending tasks you have in common when you are close by.

Or for fun, a game centred on the notion of proximity where an epidemic can only disseminate through physical proximity.

But p2pkit can also be used to discover and interact with people you don’t yet know. Imagine a proximity-based eBay where sellers and buyers can be notified of matching interests while on the go, or a social discovery app to get the mood of people as you cross them. The possibilities are endless!

How can dating apps use it? Do you expect dating apps to use it as a side feature, rather than basing their entire product around it, as apps like Mingleton attempted to do.

Yes, any dating app can already use it to extend its users’ dating experience. But we also believe there is a lot of potential for apps like Mingleton that rely solely on proximity to be successful. It often takes a few iterations before a technology finds its way and gets adopted by end users (remember Aka-Aki?). That said, as a simple side feature, p2pkit can already be useful for any dating app to notify users when their date has just arrived at a rendezvous (without needing to use GPS). The Sup app you reported about in this article could use it for that purpose.

Which companies are you currently in trial with? Can you give us some examples of what they are using it for?

Many companies are trialling it for a wide range of use cases: from dating and professional networking to retail. Also, we’re getting a lot of traction in the event space recently. One company wants to provide a unique and revolutionary experience to participants at events using p2pkit. Last month at a startup event in Switzerland with 600 participants, they used proximity features in their app to facilitate networking while at the event. It turned out to be very useful to find nearby profiles and also get notified when a profile of interest was nearby, so that face-to-face interactions could follow. But the best part happened on the way to the event. After boarding the train, I discovered five other attendees nearby through the app and realised I was sitting next to four of them thanks to their profile picture. The fifth attendee was further down the train but we started chatting via the app and agreed to meet on arrival at the train station to continue our journey together to the event. This was great socialising!

How are the dating companies who are trialling the SDK using it? What is Tinder using it for?

Two of the most famous dating apps are trialling it, but we cannot disclose any further details on this for obvious confidentiality reasons. What we can say though is that they’ve been looking into such p2p or proximity technologies for a long time, but none have yet fulfilled their requirements. With p2pkit, we believe this is something of the past!

How do you ensure that the security of users is not compromised, and their exact location does not become discoverable?

That’s actually a key strength of our proximity-based technology: only proximity or relative proximity to someone else matters, not your absolute current location. Location-based apps – like most dating apps – rely on the end user’s absolute location (GPS/cell triangulation or beacon position) sent to a remote server (cloud), which matches it with a fixed location (e.g. restaurant) or another end user (e.g. a date). With p2pkit, your absolute location is not known: discoveries happen directly peer-to-peer between smartphones, without the involvement of any cloud.

But as with any new technology, it always depends on how it is being used. We trust app creators will use our technology wisely and will be very innovative in finding the right trade-off between users’ privacy and a great user experience.

That’s where Happn shines: they tell you that you’ve crossed paths with someone else, but actually it doesn’t mean that you’ve crossed at a given point in time (e.g. you crossed at a given crossing at 2pm). It means that you’ve both been at approximately the same spot but at different times, for example you in the morning, she in the evening. Their path concept is a very nice illustration of this trade-off between not depleting the battery by getting an approximate path, and what users are willing to give away in terms of privacy, while providing an appealing “hyperlocal” feeling of proximity or shared places.

Likewise with our technology, discoveries don’t have to be reported in real-time. I can imagine a p2pkit-enabled dating app providing you with a history of the profiles you crossed, whose profile pictures you could actually associate real faces to!

Why is your SDK superior to others on the market?

p2pkit provides fast and reliable nearby discovery and even knows when peers leave. It’s x-platform (Android <-> iOS) and we designed it as an “always-on” discovery engine so that it can run continuously in the background without draining users’ battery. Cherry on the cake, it even works without network connectivity, which can happen in some places like bars and discos.

This is in comparison with one of our main competitors, Google’s Nearby, launched this summer. The main limitation of Nearby is that discovery only works when nearby users are within the same app (meaning “screen on”) at the same time. Needless to say, the odds of this happening is very low. Furthermore, every Nearby discovery is reported in real-time to the Google Cloud, which could raise some privacy concerns for app owners (see my blog post on the topic for a more technical in-depth analysis). Eventually, beacons and beacon platforms (Estimote, Kontakt.io, etc), although not direct competitors, can be seen as complementary to p2pkit. p2pkit can extend the range of beacons outside a bar for example and continues to work even where there is no beacon!

We have seen apps like Happn have huge success with its “hyperlocal” dating, do you think we will see an emergence of this type of dating service in the future, and why?

Definitely! And this will expand way beyond dating. I just came back from TechCrunch in London and there were dozens of apps centred around nearby discovery, whether it be for professional networking at events, or finding members of the same club or sport association to socialise with. Actually, Happn and other apps like Lovoo are already evolving towards “hyperlocal” social discovery platforms. Tinder was the precursor and paved the way for such hyperlocal and proximity-based services where the physical world meets the digital world. Not surprisingly, “physical is the new digital” is one of our key slogans. And I can only concur with Arum Kang (from this TC interview) that “dating will become 100% mobile”. Mobile means using your smartphones while on-the-go to interact with nearby people and not only for dating!

Can dating sites sign up to trial the platform now? Is it fully available?

Yes, it’s fully available and free to try out for 90 days. One just needs to register here and it only takes a few minutes to get started.

What is your pricing?

After the trial period, anyone who wants to use p2pkit in their commercial product should contact us. We also have many requests for custom solutions.

To use the new revolutionary p2pkit-enabled feature in my favourite dating app ;-). Joking aside (I am not single!) we will release a new version with new great features we presented at TechCrunch in early 2016 and we’re focusing on a next round of funding with a goal to expand to the US. We already have a lot of interest from many well-known EU and US-based VC firms.

To find out more about the p2pkit, visit their site here.