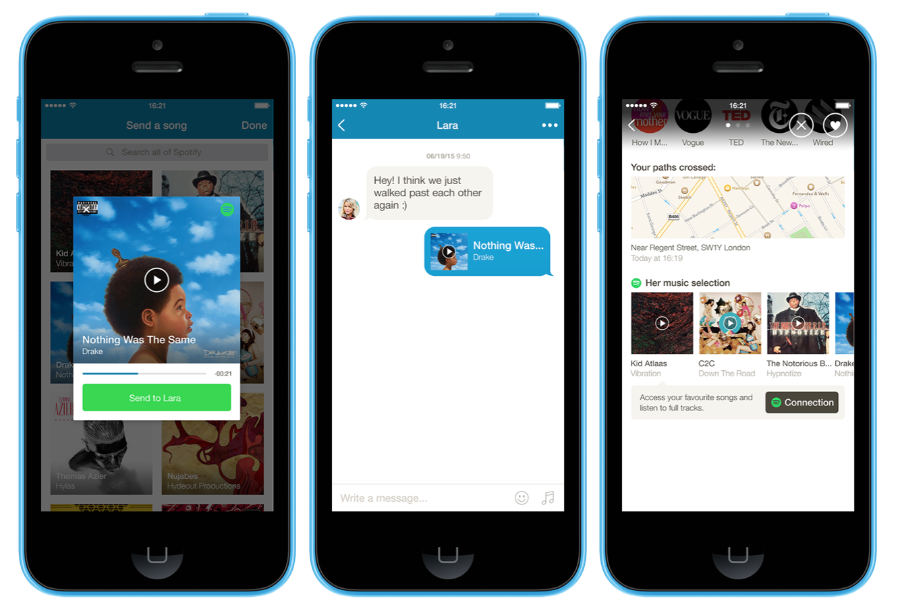 Spotify has just made its first ever partnership with a dating app, so singles can get closer by sharing the music they love.

Users of Happn will be able to send tracks to their matches via chat, and add songs to their dating profile to show what music they like. Didier Rappaport, the co-founder and CEO of Happn, said: “Music is such a powerful form of expression that is intrinsically linked to our personalities.

“We believe that this new Spotify feature provides our users with a unique experience that really allows them to showcase who they are in a more emotive way, beyond just words and photos.

“The ability to send and listen to music will enable our users to get to know each other on a more personal level that no one else currently offers.” The partnership is the first time a dating app has collaborated with a music service like Spotify to allow singles to send tracks to each another.

The new integration, released with Happn’s next update, will be available to all 4m users of the French dating app, even those who don’t subscribe to Spotify.

If you are a free member of Spotify, you will still be able to add music to your dating profile, but will only be able to hear 30-second clips of songs.

If you are a premium member however, you can play the full track. Happn launched in 2014, and currently has over 4m members in 20 cities worldwide, including Paris, London, Barcelona, New York, San Francisco and Miami.

At the end of last year, Happn raised $8m in funding to expand the app internationally.

To be the first dating app to team up with Spotify to allow in-chat music sharing is a big win for Happn, especially as it is likely something Tinder would be keen on adding to their product, and is a move that shows their growing status in the mobile dating world.

Check out a video about the new integration below, and download Happn on iOS, Android and Windows.