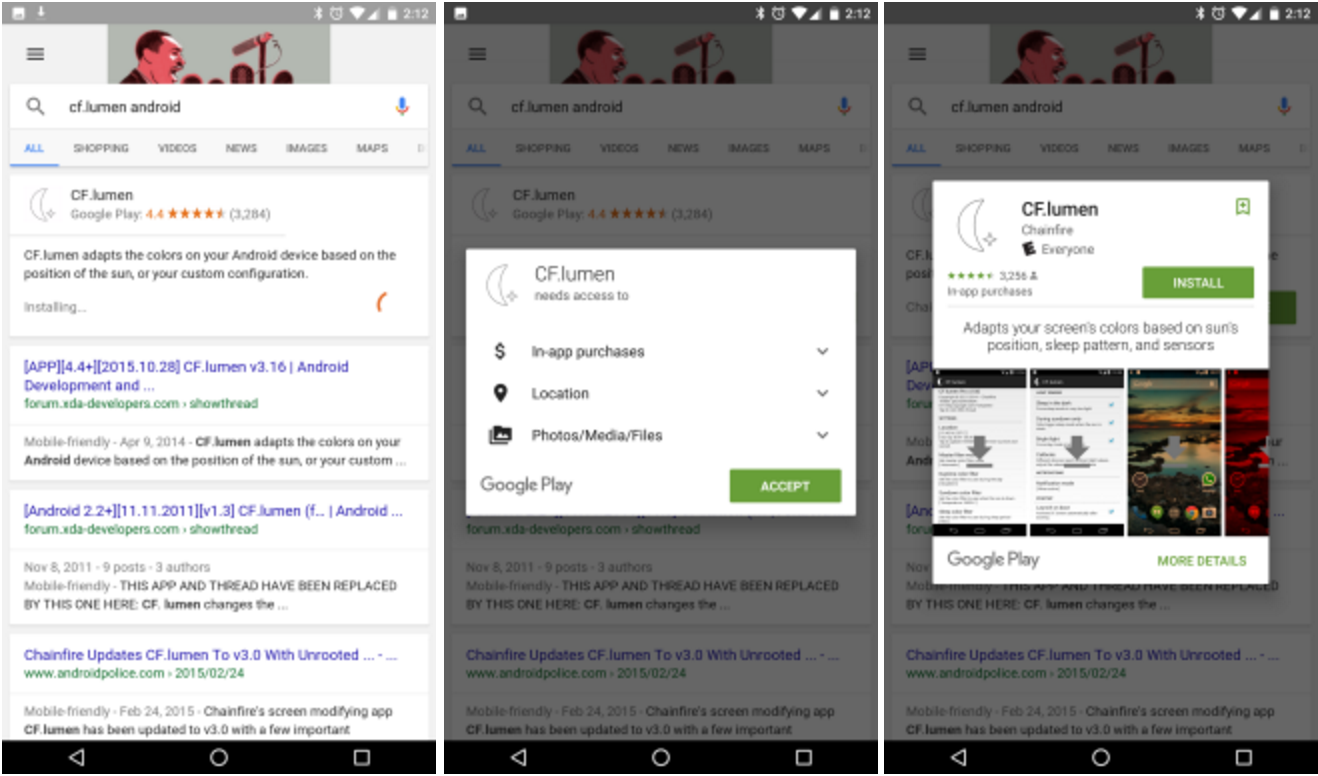 Google is currently rolling out a new feature that allows Android users to download apps directly from Google search results.

According to Android Police, some users are now seeing the option to install apps from inside Google search results, without being redirected to the Play Store to download the app.

Once an app is selected in Google search, those with the new feature will see a permission pop-up, followed by a Google Play box that finalises the installation.

However, like other similar features, the download shortcut may only work from the Google app and not in mobile browsers such as Chrome and Safari.

Android users can check whether they can use the new feature by selecting an app in their search results, and seeing whether they are directed to the Play Store to finish the installation.

This is not the first time we’ve seen Google introduce a feature designed to keep users on their browser for longer after searching for apps.

In December, the search engine unveiled the addition of “Trial Run Ad”, which allows users to test out an app for 60 seconds before getting sent a download reminder.

This followed shortly after it rolled out a new way for users to preview apps they haven’t downloaded, after they perform a mobile search on Google.

After entering a search in Google, the new feature would let you click the search results, and it would open up a stream of what the app looks like, and how it works.