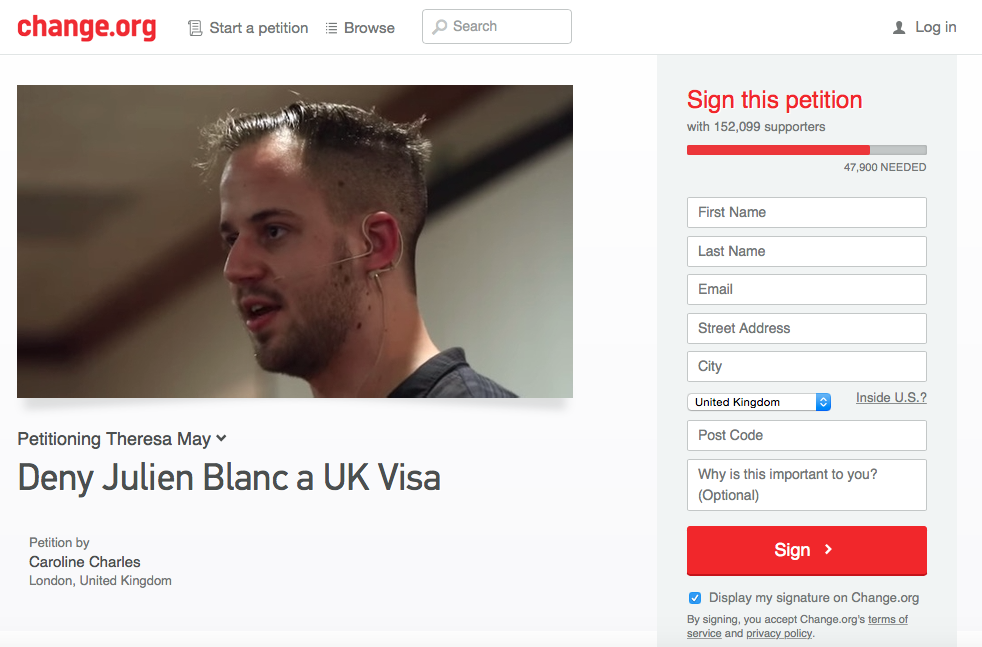 The controversial US pick up artist Julien Blanc has been barred from entry into the UK.

The ‘dating guru’ teaches men controversial techniques to attract women, such as choking them, in his dating seminars.

He was due to hold a number of these seminars in the UK in February, but a petition was created that attracted over 150,000 signatures, asking for the Home Office to deny him entry.

The petition says that “to allow this man into the UK legitimises sexual assault and predation, and sends a message that women are playthings or objects without agency.”

Lynn Featherstone, the UK Crime prevention minister said: “Julien Blanc’s presence in the UK could have led to an increase in sexual violence and harassment. I am delighted that Mr Blanc won’t be coming to our shores.”

Blanc charges over £1000 for certain sessions, and his website says he can “make girls BEG to sleep with you after short-circutting their emotional and logical mind into a million reasons why they should.”

Methods which drew particular criticisms included videos of Blanc grabbing women’s heads and pushing them towards his crotch, and videos of him choking girls he had just met.

The Home Office said they do not comment on individual cases.