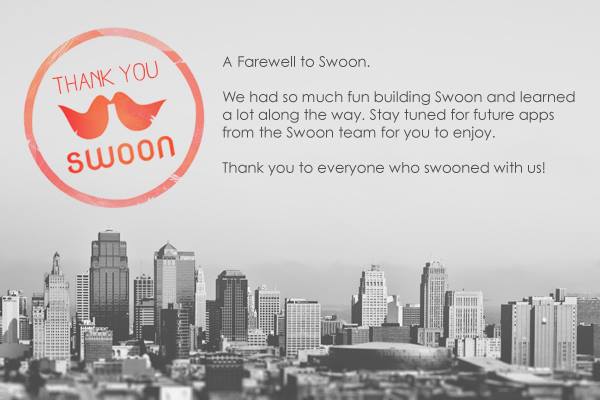 Dating app Swoon has closed down, a little over a year after launching.

Swoon was a Tinder-style picture-swiping app directed at a female audience.

After their launch last March, Swoon rebranded in September, introducing a “Look Back” feature, which allowed users to bring back profiles they had accidentally discarded.

And on 18th July, Swoon announced that the app has closed, with a message on Facebook:

“Hi everyone! We will be retiring Swoon on July 25th. A little over a year ago we created the app to explore new ways for you to connect with people. Today we’ve decided it’s time for us to say goodbye and move on to our next adventure.”

Swoon was created by San Francisco-based Tagged, a maker of social discovery products that launched in 2004.

The Facebook message said the team were working on producing more apps in the future.