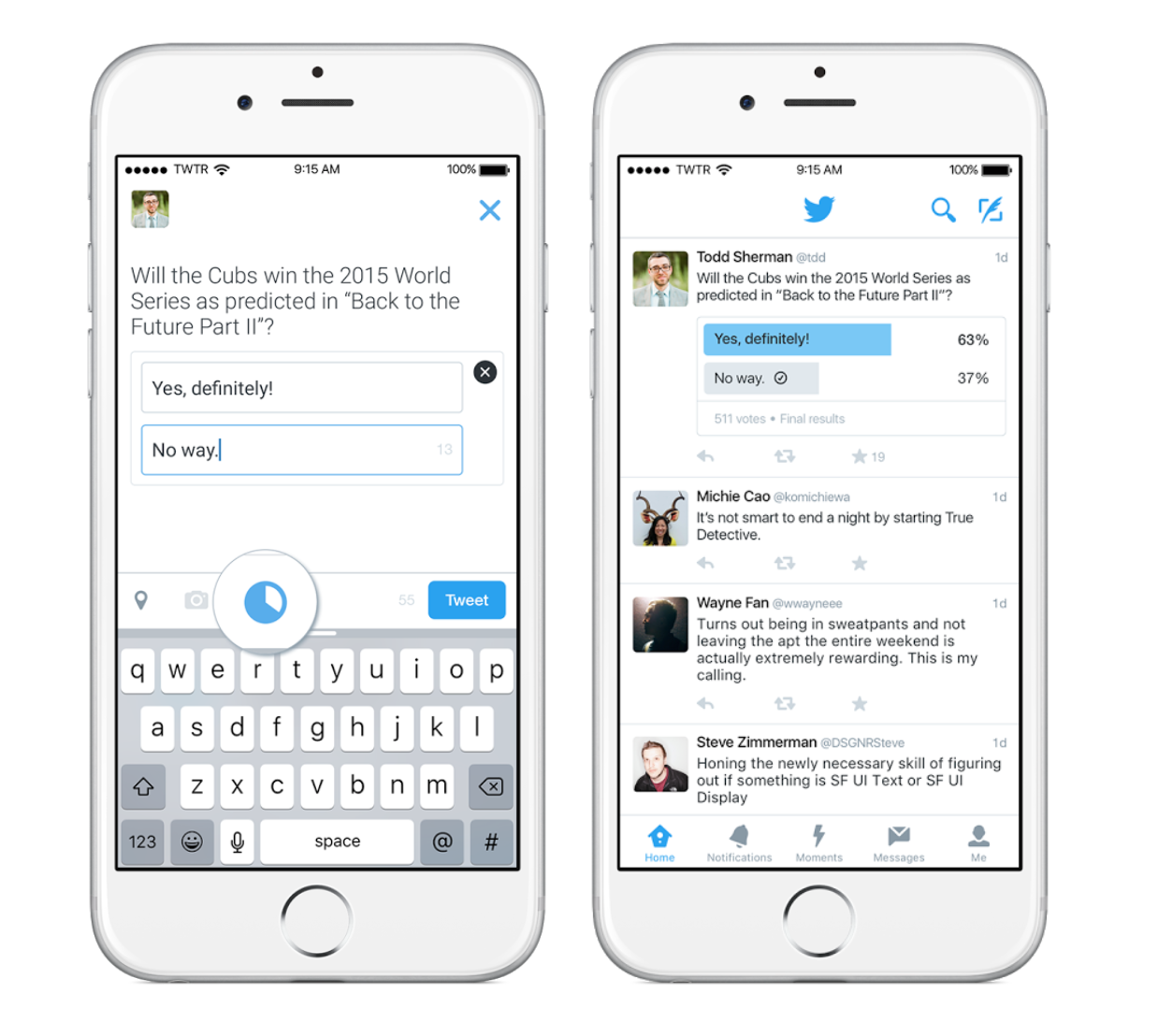 Users of Twitter will soon be able to create their own polls on the social media site.

Twitter has announced that over the coming days, users can canvass opinion from their followers with simple two-answer polls.

In a blog post, the company said the feature is “a new way to engage with Twitter’s massive audience and understand exactly what people think.”

Coming soon! We’re rolling out the ability for everyone to create polls on Twitter: https://t.co/pH5a8q9Ujz pic.twitter.com/ijAKEMUdf1

Previously, users have had to call for followers to retweet or favourite to vote in a poll, or by tracking questions and replies, or tallying hashtag votes.

Now anyone can create a poll, simply by clicking the compose box, and inputting the two choices followers can vote for.

The polls remain live for 24 hours, how you vote is not publicly shared, and you can opt to send voters a notification when the poll closes, so they can check the result.

The feature is rolling out on iOS, Android and desktop over the next few days.