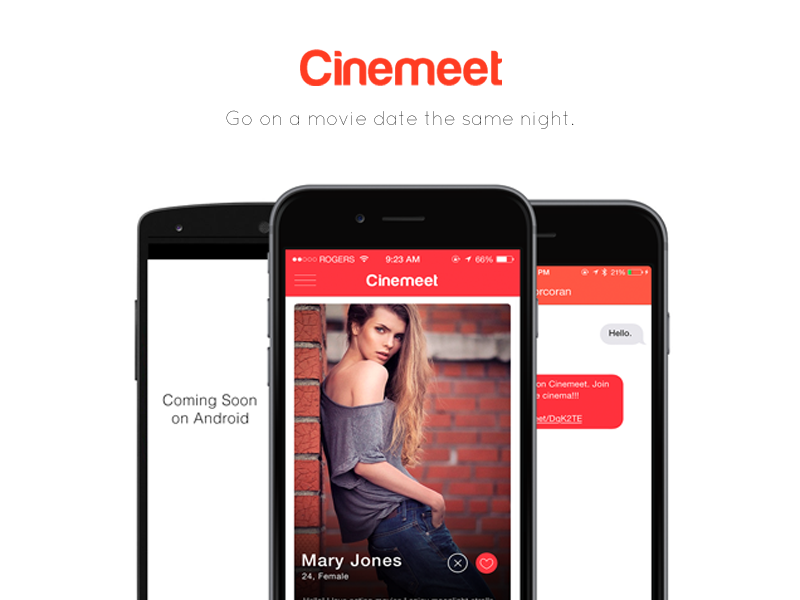 A young CEO is crowdfunding to help grow his dating app, which uses technology to arrange an age-old date plan – going to the movies.

Cinemeet was created by CEO John Corcoran at a hackathon competition, in an effort to create a dating concept that was focused on a physical, rather than digital, meeting.

His idea received support from over 30 investors when he created the company’s first crowdfunding campaign last year.

Using this money, the Swedish app launched on the App Store in May, seeing users from Sweden, the United States and Germany.

And now Corcoran has now created another equity crowdfunding campaign on FundedByMe, hoping to fund the app’s international growth, and pay for marketing and PR campaigns. Cinemeet charges its users $4.95 for every movie date.

If a date is cancelled or either party does not show up, the user can claim a refund, which is stored and used for their next date.

Regarding their monetisation plan, Corcoran said: “It is a better business compared to paying for a subscription each month and not knowing if it will lead to any real dates.”

With the crowdfunded money, they will use the same marketing plan as Uber and Tinder – with users receiving free dates when they invite a friend.

They also plan to hold marketing events in major US cities, and on college campuses.

Cinemeet hosted a trial marketing event in San Diego in January, sponsoring a college party, resulting in 100% of attendees signing up for Cinemeet, and following the company on Facebook and Instagram.

The company has currently raised 11% of their campaign goal, with 29 days remaining.

Check out the campaign here.