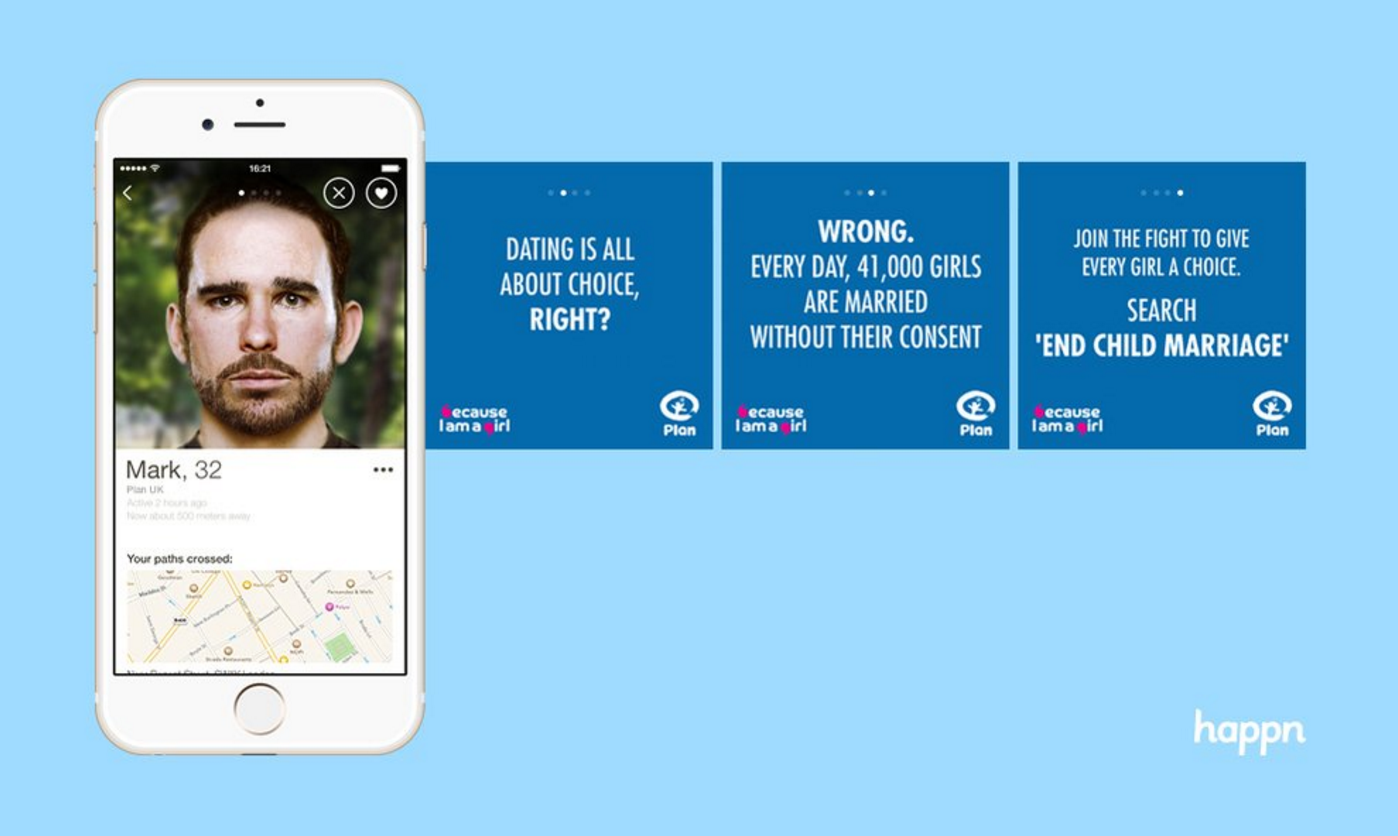 When Happn users in London open up the dating app today, they will only see one profile in their entire feed, for a 32-year-old man called Mark.

Swipe right through Mark’s profile pictures, and you are met by a message that says: “Dating is all about choice, right?”, followed by another that reads: “WRONG. Every day, 41,000 girls are married without their consent.” The clever one-day campaign is a partnership between the French dating app and Plan UK, to try and highlight the issue of child marriage.

Happn are helping to bring awareness to the estimated 41,000 girls around the world who are forced into marriage every day.

Plan UK said that every two seconds a child becomes a bride, and they are often as young as 14.

So for today, the charity has taken over the app, with its stunt profile for Plan UK charity worker Mark, that will appear on the feeds of 400,000 users in London. The profile reads: “We are Plan UK, the global children’s rights charity. Did you know every two seconds a girl is forced into marriage? Using happn is all about choice. For today, you’re stuck with Mark. Millions of girls are stuck for a lifetime.

“Plan’s Because I Am A Girl campaign is the world’s biggest girls’ rights campaign. We aim to ensure all girls can marry who they want, when they want and if they want. Search ‘End Child Marriage’ and be part of the fight for girls’ rights.”

And the innovative marketing campaign has received praise on Twitter:

The @happn_app and @PlanUK campaign is really powerful. Great use of modern platform to raise awareness 👏👏

The @PlanUK campaign with @happn_app is one of the best pieces of campaign work I have ever seen! Well done! – sam gough (@samwarreng) November 23, 2015

To find out more about Plan UK’s campaign Because I Am A Girl, visit their website, where you can sign up to help the campaign.

Earlier this year, Happn secured another $14m in funding, taking its total funding to $22m.

Read about its latest round here.