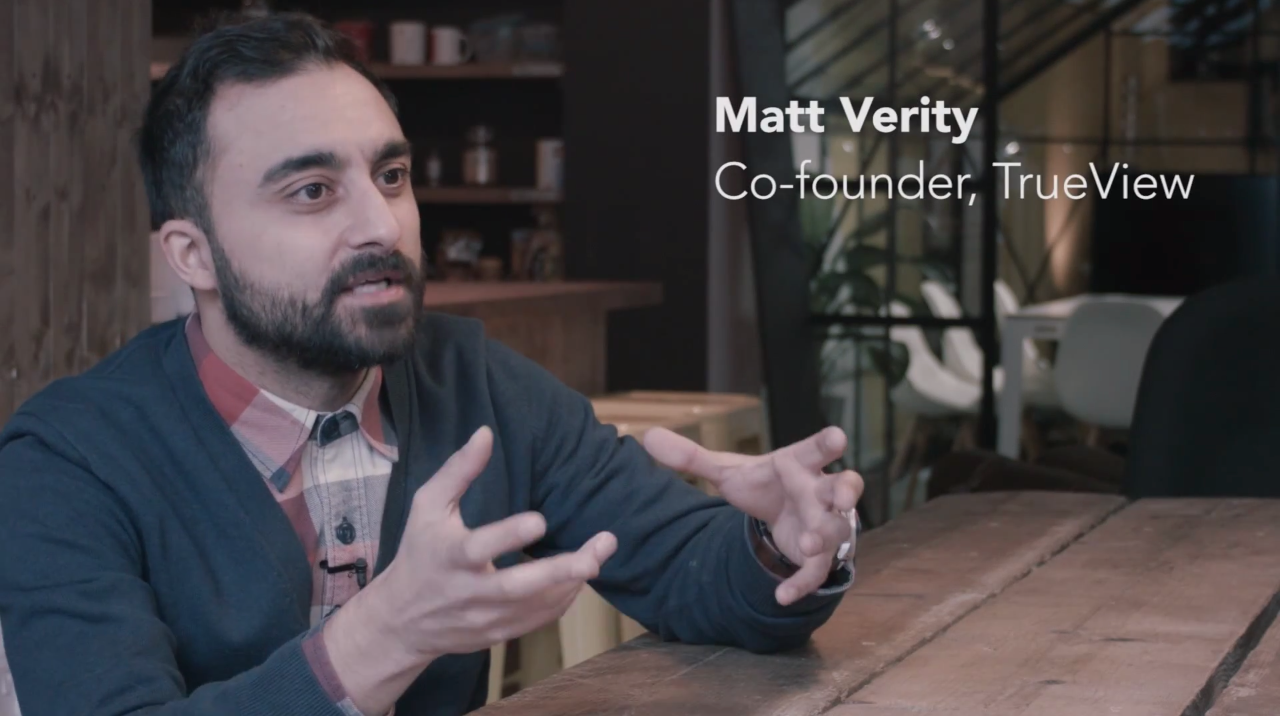 Earlier this year, we spoke to Matt Verity and Andrew Ibbotson, the co-founders of TrueView, in our first ever video interview.

The co-founders told us about the birth of TrueView, the philosophy behind the app, and their experiences as a lean tech startup breaking into a crowded market.

We also chatted about their fantastic co-working space, The Hatch, situated just off Brick Lane in London’s East End, which they built from scratch and now houses a number of permanent and temporary residents.

The video is the first in a series of interviews GDI will be filming over the year.

Earlier this month we launched our second video with Venntro Media Group – a new umbrella company from the team behind White Label Dating – that is beginning its next chapter, collecting a portfolio of online dating services under one name.

Watch our TrueView interview below, and look out for more videos in the next few weeks.