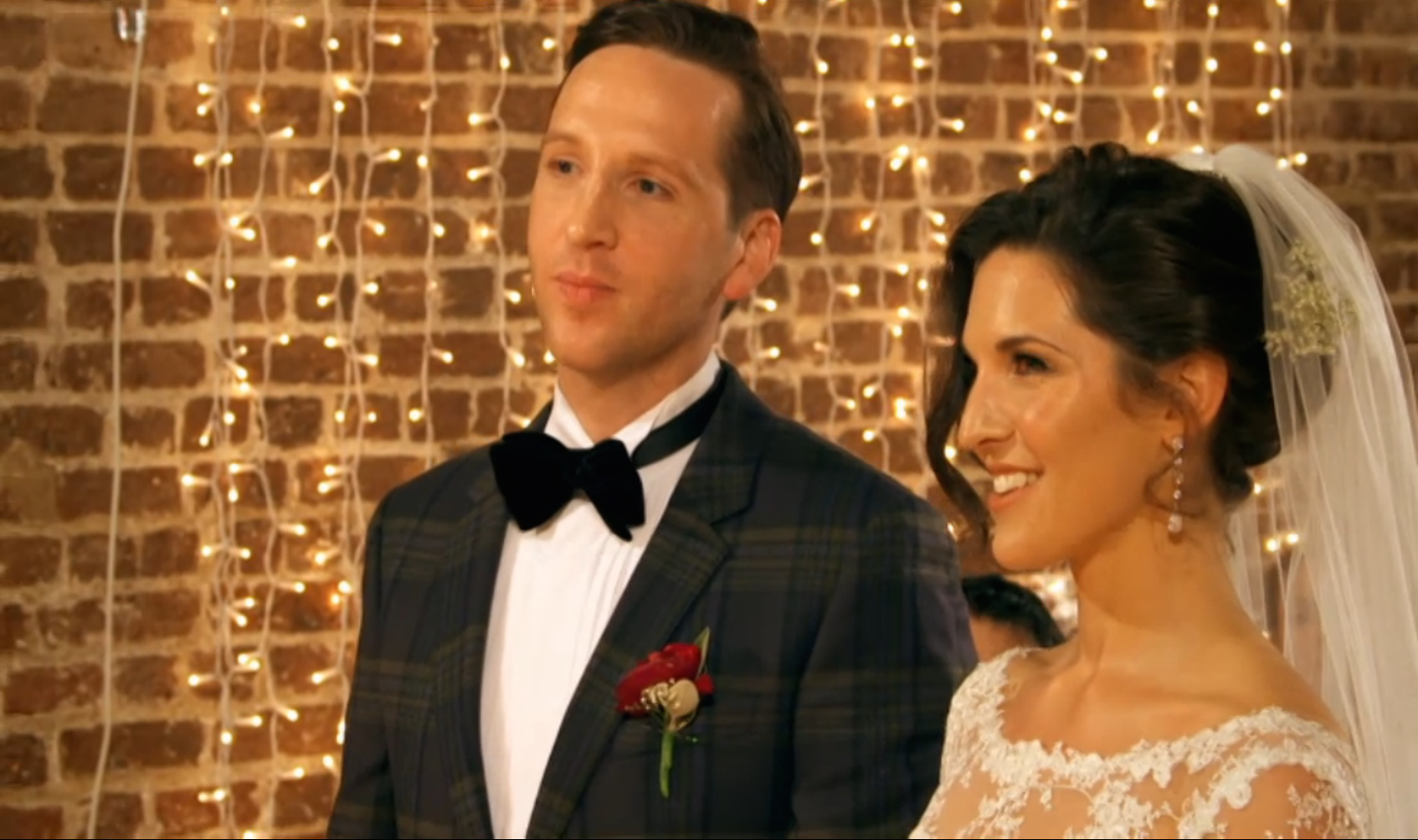 A controversial British TV show where contestants married a complete stranger has ended in heartbreak, after the husband was spotted trawling Tinder after the wedding.

Married at First Sight is a new Channel 4 program that has been making headlines since it started earlier this month.

The show aims to see whether scientific methods can be used to create a happy marriage between two people who have never met before.

The hopeful singles were chosen from a pool of 1,500 applicants, who were then assessed by a panel of experts in the fields of psychology, social & evolutionary anthropology, and theology.

And in this instalment of the show, Jason Knowles and Kate Stewart were chosen to wed, meeting for the first time at the aisle.

However after the couple came back from their honeymoon, one of Stewart’s friends spotted Knowles, who works in the City, on dating app Tinder.

This was after his wife had arranged for counselling for the couple to work through their initial problems after getting hitched.

Stewart said: “A friend just sent me this and so I guess that’s it.

“Instead of coming to meet me right now to talk this through, he’s searching for a new wife on Tinder so that’s it — the ring’s off.”

One of Kate’s friends posted the following on Twitter during last night’s show:

Of course the Pound Stretcher Calvin Harris is on Tindr #MarriedAtFirstSight

After this, matches with less than 70% compatibility were discarded, leaving 15 strong candidates.

The experts then took into account deal breakers – things that each applicant said they could not tolerate in a partner, such as smoking.

At the end of this process, three strong couples were identified, one of which scored in the 100th percentile as a personality match.

And although Jason and Kate’s romance didn’t work out, another couple who wed on the show, Emma Rathbone and James Ord-Hume, are still happily married to each another after five months, Channel 4 said.