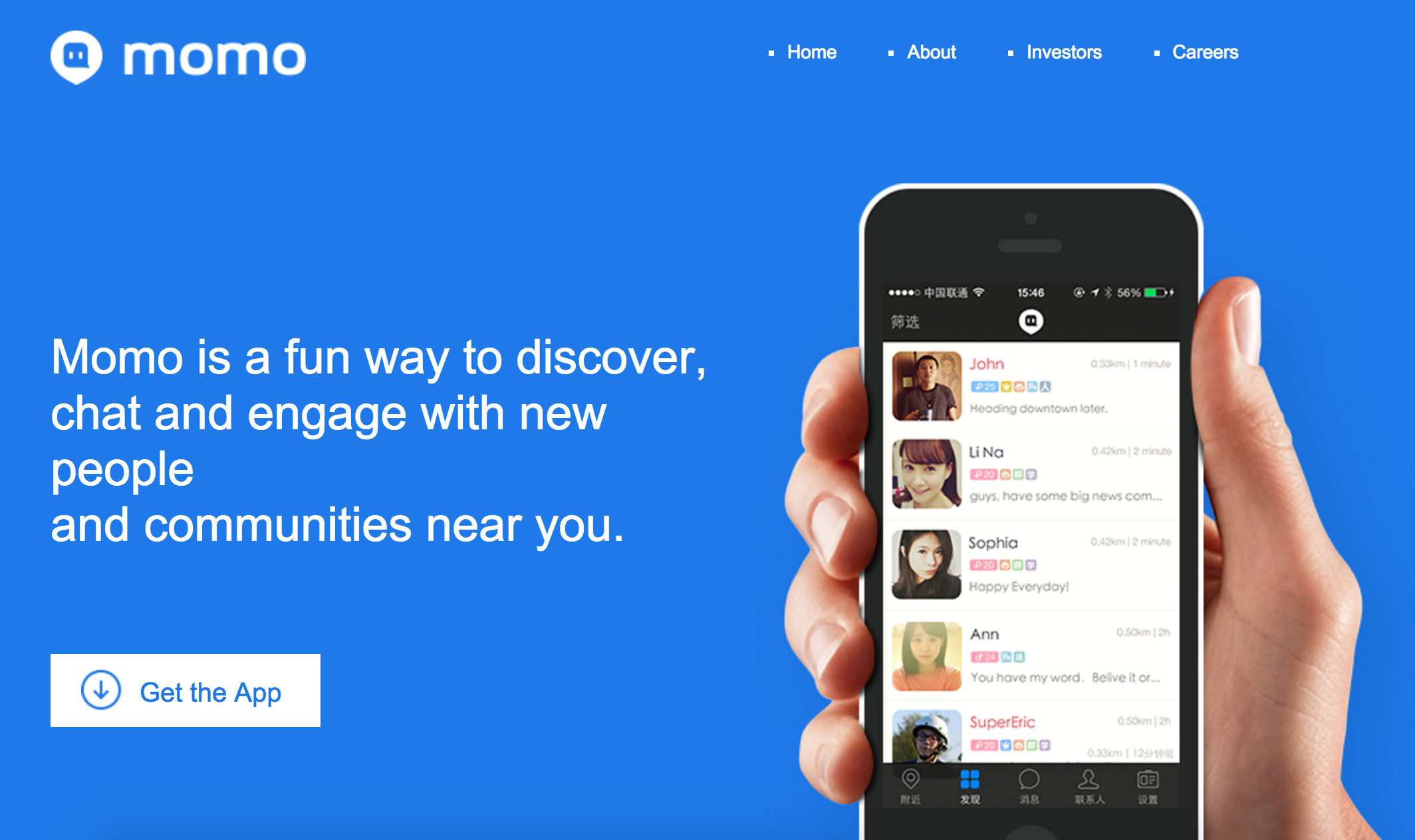 Chinese social and dating app Momo continues to go from strength to strength, reporting another collection of excellent quarterly results.

The company has reported a massive rise in its net revenue for the quarter, increasing 204% year-over-year to $37.5m.

This is an increase of $6.8m compared to the previous quarter.

And for the first nine months of this year, the company’s net revenue increased 261% year-on-year to $94.5m.

It also saw a considerable drop in its net loss, falling to $0.8m compared to the $14.6m loss sustained in the same period last year.

In terms of user acquisition and the all important monthly active user number, the platform saw very strong growth, increasing 21.3% year-on-year to 73m.

This shows that Momo is continuing to add users at a healthy pace, following its stratospheric period of growth in 2013 where its user base grew by 50% in four months.

Momo’s membership subscription revenues also increased, hitting $16.0m for the quarter, an increase of 76% from $9.1m during the comparable period of 2014.

And the company also saw significant growth in its mobile game and mobile marketing revenues, which hit $9.5m and $10.8m respectively for the third quarter.

Speaking about the impressive results, the chairman and CEO of Momo, Yan Tang, said: “I’m pleased to deliver another solid quarter of robust growth driven by games, mobile marketing and membership subscription.

“Building a compelling social experience and creating innovative ways for people to socialize remains the top priority for our team. In September, we officially unveiled our interactive live music service – Momo Live.

“While still early in its development, the service is already adding a new dimension for our users to connect and have fun on our platform.

“We are seeing significant potential and synergies in the combination of a mobile social platform and online entertainment services, which in itself is ramping up at an accelerating pace due to the meaningful improvement of mobile infrastructures.

And speaking about Momo’s monetisation strategy, Tang said: “On the monetisation side, mobile marketing continued to generate strong growth momentum in the third quarter.

“Over the past three quarters, we successfully transformed ourselves from a simple traffic generator for third party partners into a well-rounded marketing platform covering a broad range of marketing spectrum including brand-oriented display ads to action driven ad products such as app downloads.”

Despite the overall positive results, the company did see a few setbacks throughout the quarter.

Its costs and expenses totalled $40.1m for the third quarter, increasing 48% from the comparable period of last year.

The company attributed this to an “increase in personnel related costs including share-based compensation expenses as a result of the Company’s rapidly expanding talent pool”.

Earlier this year, the company went public on the US market, raising $216m for its IPO.

However in June, the company received a $1.9bn buyout offer from its CEO Yan Tang to take the company private again.

Tang and his affiliates already own 47.8% of Momo’s shares, which represents around 84% of the voting power of the company.

Following the proposal, Momo’s special committee took on J.P. Morgan and Shearman & Sterling to advise them financially and legally on the offer, but we haven’t heard anything since.