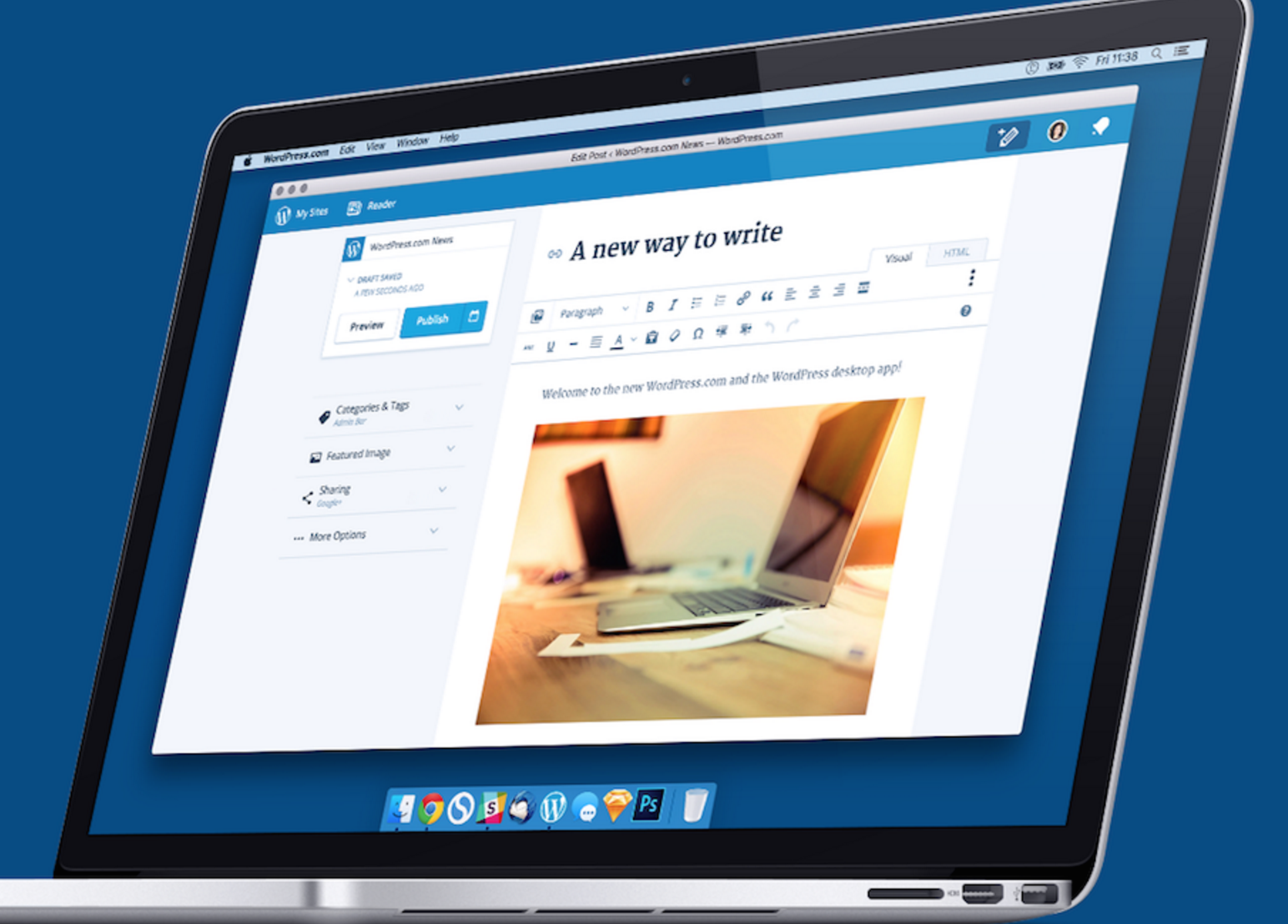 Blogging site WordPress.com has undergone a major internal re-structuring, and is this week unveiling a new, simplified admin interface, as well as a desktop app.

Automattic, the company behind WordPress, has recently rewritten the site’s codebase, in a effort to streamline its services and give users a more “modern, fast, and mobile-friendly” experience.

The project, codenamed Calypso, was developed based on an aspirational HTML/CSS design prototype, which allowed the team to envisage what the new completed interface would look like.

Now, posts will load almost instantly, and any changes made to a WordPress site will be implemented in real time without the need to refresh the page.

Speaking about the move, WordPress CEO Matt Mullenweg said: “Open source is the most powerful idea of our generation.

“I’m proud to take our intellectual property crown jewels and open Calypso up to the world for the community to hack on, play with, poke, prod, and extend and make their own.

“This is the same spirit of sharing which has allowed WordPress to become a de facto web operating system over the past decade. It may take time, but open will win over closed every time.”

WordPress.com has also transitioned from a PHP-built application to a JavaScript-based, API-powered service.

This switch means that WordPress is now a Single Page Application, which will reduce the number of loading screens when using the interface and make the site fully responsive on mobile and tablet devices.

The team behind WordPress.com has also developed a desktop app for Mac devices, which will soon be launched for Windows and Linux platforms.

The new app offers almost the same experience users would have if they loaded WordPress.com on a web browser, but with some more personal features, including notifications.