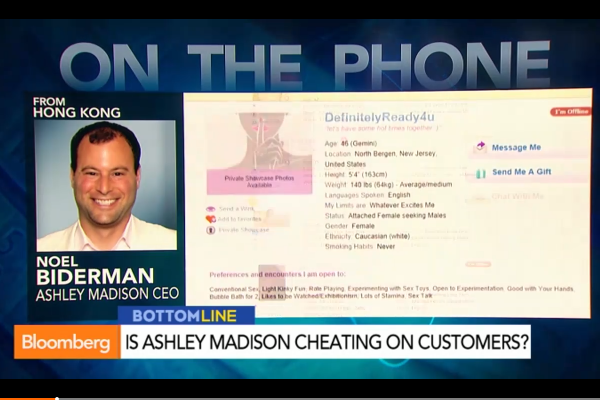 Ashley Madison CEO Noel Biderman has appeared on Bloomberg to strongly defend his site against accusations from ex-employee Doriana Silva that they forced her to create fake profiles on the site.

Silva is suing the extramarital site for $21m, claiming she sustained wrist injuries while typing up over 1,000 illegal fake profiles.

Yesterday we reported that Ashley Madison has slapped Silva with a countersuit, asking for the return of confidential documents which she is using as evidence in the case.

Silva claims the documents show that Ashley Madison created fake profiles for a Brazilian version of the site which she worked on.

On Bloomberg, Biderman rubbished these claims:

“What she submitted was QA testing – in a technology firm you give quality assurance, you make sure that the site works when you launch into a new country, like we just did.

“So would she be saying, “oh we’re fraudsters” because we’re putting through fake payments? No, we’re running testing.”

Watch Biderman on Bloomberg below: