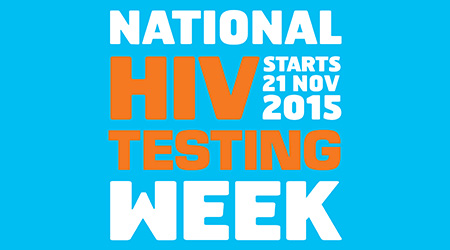 Dating apps Grindr, Hornet and Planet Romeo are promoting the European HIV Test Finder through the advertising space on their mobile apps.

The tool lets people find out where the closest HIV testing centre is, across the European Union.

Speaking about the campaign, Joel Simkhai, the CEO of Grindr, said: “We’re proud to be supporting European HIV Testing Week because health promotion has been the core pillar of Grindr for Equality since its inception.

“Making the world safe for LGBTQ people means fighting this epidemic and it’s personally very important to me to use this platform for that goal.”

The week-long initiative is supported by HIV organisations from 23 EU countries, and was organised by groups like UK-based Terrence Higgins Trust, Soa Aids Nederland, Swedish group RSFL and Iskorak from Croatia.

Cary James from the Terrence Higgins Trust said: “This collaboration shows what can be achieved if we work together on a European level.

“Our common goal is ending the HIV epidemic in Europe while improving the health and wellbeing of men who have sex with men. By working together we can add value to national HIV programmes and achieve that goal sooner.”

The European HIV Testing Week will take place in the run up to World AIDS Day on 1st December.

The founder of Hornet, Sean Howell, spoke about the influence such huge social and dating apps can have spreading important messages, saying: “As a large social media platform, we can amplify the important work of European HIV Test Week.”

Dr Andrew Amato-Gauci, Head of the ECDC Programme on HIV/AIDS, STI and viral hepatitis said: “Across Europe, 47 per cent of newly reported HIV cases are diagnosed late although we know that those tested early are a lot less likely to pass the virus on to others because of both lower infectivity when on treatment and changes in sexual and drug injecting behaviour.

“A quick and simple blood test will tell you if you are infected or not — and with that knowledge you can better protect your own health and that of others.

“Whether on your computer or on your mobile phone, with the European HIV Test Finder it will only take you a few seconds to locate a testing site near you — wherever you are in Europe.”

Find out more about the HIV testing week here.