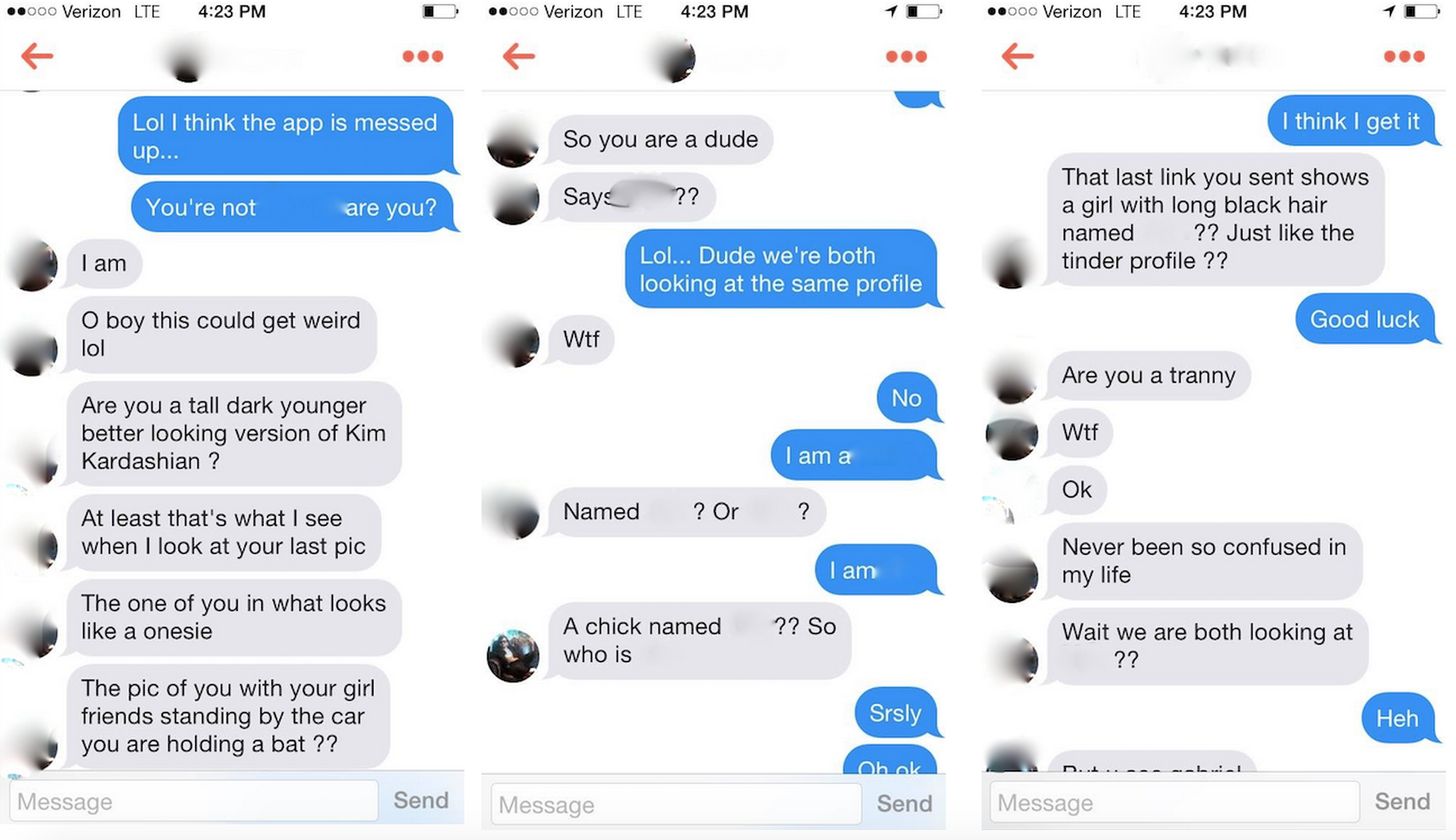 A California-based programmer has given male Tinder users a taste of their own medicine, by creating a program that tricks them into thinking they are wooing women, but are actually chatting up other men.

The programmer hacked into Tinder’s API, creating a catfish program that identifies two men who swiped right on one of his two fake female profiles, and matches them.

Both men believe they are chatting to the respective female profile, when they are actually speaking to another guy.

The hacker told The Verge, who picked up the story, he heard about the inappropriate messages his female friends were sent on Tinder, so decided to “throw that back into the face of the people doing it to see how they would react.”

His original idea was to create a Twitter program that would tweet every first Tinder message that a female friend received.

However after digging into Tinder’s API, he realised he could probably get away with more, as the app “makes it surprisingly easy to bot their system. As long as you have a Facebook authentication token, you can behave as a robot as if you were a person.”

What ensued is pretty hilarious, with men deploying their various chat up lines against each other, and either slowly, or very suddenly realising they are not talking to who they think they are.

Of course, this is not the first time that Tinder has been hacked.

Programmers have reverse-engineered the app to swipe right on every match, used Tinder for a marketing stunt for a sci-fi movie, and gamed Tinder to get 800 matches.

See some of the screenshots below, and check out more funny screenshots from the hack in the original article from the Verge.