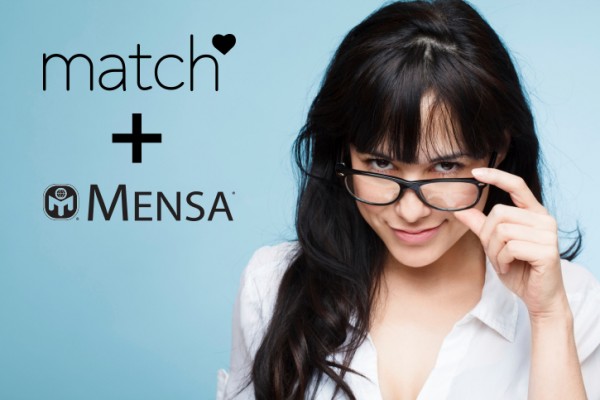 Match.com have teamed up with Mensa to connect singles in the upper percentile of intelligence.

The two have launched a site, MensaMatch.com, which is exclusively for members of American Mensa.

The IAC-owned dating site has also introduced Mensa badges for Match members who want to publicise their interest in those with a high IQ.

“80% of singles rate intelligence as one of the most important factors when looking for a partner, finally proving that brainpower is the ultimate aphrodisiac.

“Partnering with Mensa now gives Match members another smart way to easily search for and connect with likeminded singles.”

American Mensa only accepts members who score in the 98th percentile on certified intelligence tests, which is around 1 in 50 Americans.

In Match’s Singles in America study, they said that 80% of singles find it “very important” to be with someone of the same intelligence level.

“Our members expressed a very strong interest in having a relationship site specifically for Mensa.

“The reaction from our members to teaming with the leader in dating services has been overwhelmingly positive. We are excited about it.”

For the first week of launch, people can take a certified Mensa practice test for $1, at http://blog.match.com/mensa-match, which runs until the 6th July.

Earlier in the year, Match partnered with MLB, creating 29 team fan pages, where people can connect with other singles who support the same baseball club.