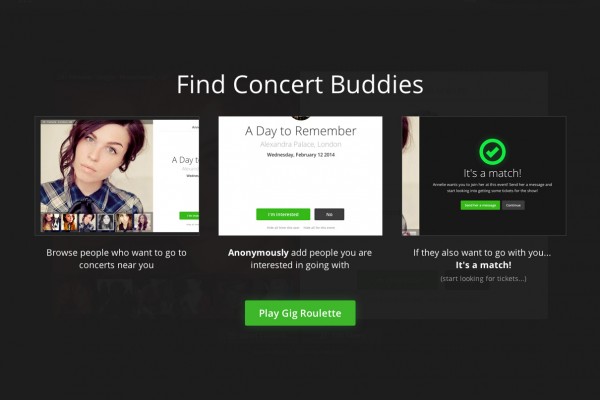 After a user connects through Facebook and inputs their favourite music and a profile photo, Gig Roulette generates nearby concerts and someone they might want to go with.

Similar to the functionality of Tinder, you either click yes or no, and you are only connected if the person on the opposite end also agrees.

Alex Parish, Tastebuds founder, said: “The feature was developed after we heard from many music fans who wanted to attend concerts but were put off going on their own.

“For the first time it’s possible to find someone to go with to that unmissable concert.

“Maybe you’ll even meet someone special as music is a great connector.”

In addition to recommending concerts that fit your taste, you can also use Gig Roulette to find someone to go with you to a specific concert.

It’s an inventive idea and one that could have great success, as it tailors to users’ wants, removes awkward boundaries and helps people get offline onto mutually approved dates.

And if the feature is a success, there would also be room for Tastebuds to follow HowAboutWe and Match into launching a couples service to keep their happy users on the site.