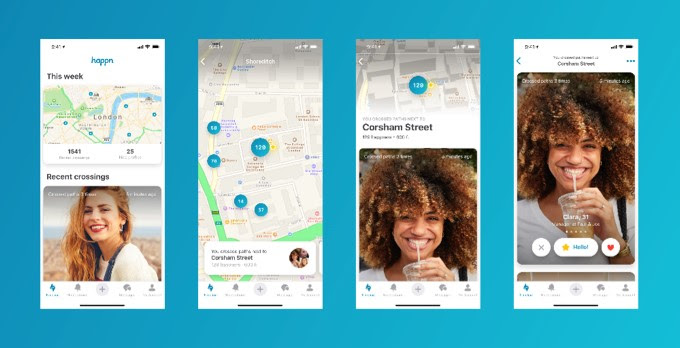 happn has been conducting some research to find out how single people in the UK are changing their approach to dating, now that lockdown restrictions are starting to be lifted.

The majority of respondents said that the extended period of isolation has made them rethink their approach to dating. 28% are prepared to come out of lockdown and start looking for a serious relationship.

Almost half believe that not being able to meet their matches in person has actually enabled them to forge stronger connections, and one-third will continue to use video calls for first dates even when they’re allowed outside again.

happn’s Head of Trends Marine Ravinet said in a statement: “As humans, we are not made to survive on our own – it is not in our DNA. The need and desire for human interaction is clear, and our findings show that, as singles, Brits are trying to fill the gaps that isolation has created.

“At happn we encourage our users to embrace romance, and it seems many Brits have used the lockdown period to reconsider what is important for them to find in a long-term partner and how they go about their search. It’s clear that romance can prevail, even in the toughest of times.”

On a more negative note, 55% admitted to feeling sexually frustrated and others have spent time longing for intimate human contact.

happn extended its matching radius for users at the beginning of April, helping them continue to meet new people while at home. The size of the radius was originally 250m to forge ‘crossed-paths’ connections, but this was increased to 90km.